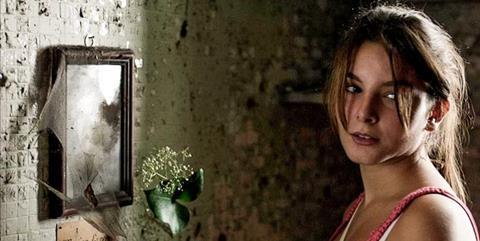 The 27th edition of Bolzano Cinema, which ran from April 17-21, also welcomed Margarethe von Trotta as a guest of honour and featured four world premieres of films either shot in South Tyrol (Lafnetscha by Veronika Riz and Das Märchen von der Prinzessin, die unbedingt in einem Märchen vorkommen wollte by Steffen Zacke) or made by local filmmakers (Weibermenschen by Evi Keifl and Anita Rossi and Who Is Gilbert Prousch? by Nora Ganthaler).

Ganthaler’s short documentary focused on the village - St. Martin in Thurn - where Gilbert Prousch, one half of the internationally renowned artists Gilbert&George, was born and on the villagers’ reminiscences of Gilbert as a budding young artist.

Di Costanzo’s The Interval was also in the spotlight of the 3rd edition of the Incontri Co-Production Meeting, organised by the BLS Film Fund & Commission from April 17-19.

RSI commissioning editor Gabriella de Gara recalled that her channels had originally wanted to dub the film’s Neopolitan dialect into Italian, ¨but the film would have lost its soul and so we agreed that we will show the film with Italian subtitles.¨

In addition, the forum was used to present five new projects to potential co-producers and financiers. They ranged from Amour Fou Vienna/Luxembourg’s €3.5m docu-science-fiction story 1313 - Dante’s Emperor, with Vicky Krieps (Sexual Healing) cast as Henry VII of Luxembourg who was the Emperor of the Holy Roman Empire in the 14th century; through Cristina Comencini’s €4.5m comedy Non Dimenticar, already pitched by producer Lionello Cerri at the Berlinale Co-Production Market; to Weydemann Bros.’ animation project Clash!, based on true events from 2010 when two African immigrants were shot at by locals in Calabria.

With an annual budget of €5m, the South Tyrolean film funding programme has far exceeded the autonomous provincial government’s expectations, with 23 productions supported in 2012, including the Austrian feature film The Silent Mountain, featuring Claudia Cardinale and William Moseley, the German-Swiss feature The Black Brothers, with Moritz Bleibtreu; and Giuseppe Tornatore’s The Best Offer.

While the BLS draws attention to the average territorial effect of 180% for South Tyrol in 2012 from its funding, and to the total number of 500 shooting days in the region, local filmmakers such as those gathered in the Film Association of South Tyrol (FAS) are keen to pursue ther own ilm productions and not only be operating as service producers for productions coming from outside of South Tyrol to shoot in the region and access the BLS funding.

While there is still much work to do to develop the region’s infrastructure for film production, the signs are positive with the founding of the ZeLIG school for documentary, television and new media in Bolzano and the BLS’ screenwriting initiative Racconti for developing stories with co-production potential in Italian and German-speaking territories.