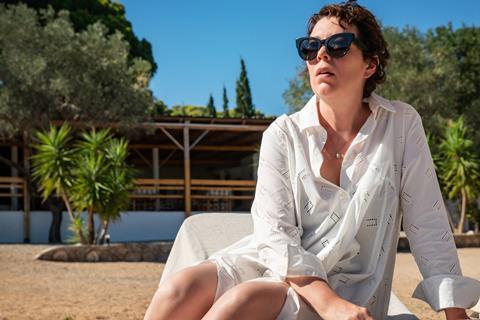 Netflix’s The Lost Daughter claimed four prizes including best feature at the 2021 Gotham Awards on Monday night (November 29) at an in-person ceremony in New York that marked the first major US awards show of the season.

The Elena Ferrante adaptation about a professor on holiday who confronts her past also won breakthrough director and best screenplay for debutante feature writer-director Gyllenhaal, while Olivia Colman tied for best lead actor in the first year of the Gothams’ gender neutral acting categories.

Back in its traditional slot on the first Monday after Thanksgiving the ceremony at Cipriani Wall Street in New York was in stark contrast to last season’s show, which was turned into a virtual event due to the pandemic and staged in January of this year.

With The Power Of The Dog, The Harder They Fall and other Netflix titles like Don’t Look Up and Tick, Tick… Boom! all ineligible for consideration because their budgets were in excess of $35m (as were many other non-Netflix films) the night boosted the serious awards season credentials of The Lost Daughter, Gyllenhaal’s feature debut that has already brought the actor recognition with the Venice Film festival screenplay award.

The Gothams are an unreliable Oscar bellwether because the Academy’s eligibility rules allow for a much wider field, although winners can be reflected in the choices made by the more idiosyncratic critics groups. However when a broad prospect like The Lost Daughter punches through it can increase the must-see appeal among voters and amplify the campaign for the remainder of the season. Having the deep pockets of the Netflix marketing department behind it is another boon. The Lost Daughter and Netflix stablemate Passing, which emerged empty-handed from the ceremony, started the night as the most nominated contenders on five nods apiece.

Netflix’s South Korean phenomenon Squid Game earned the award for Breakthrough Series (over 40 minutes). Show creator Hwang Dong-hyuk said he originally wrote the piece 12 years ago and experienced rejection. The show, in which strangers take part in a lethal game to claim a large cash prize, debuted in September and has become Netflix’s most viewed piece of content ever. “It took 12 years to make this show and show it to the people,” Hwang said. “And it took less than 12 days to become the number one show on the planet. It’s a miracle.”

Accepting the award for Breakthrough Series (under 40 minutes) Reservation Dogs co-creator Sterlin Harjo, a Seminole and Muscogee American filmmaker, reminded the audience that indigenous people were booted off the land when white men built Wall Street. The FX show, a comedy about indigenous teens in rural Oklahoma, is particularly notable in that Gotham Film & Media Institute said it was the first to be majority created, acted and crewed by people of indigenous descent. Harjo used his stirring speech to thank co-creator Taika Waititi and FX for their collaboration.

In the honorary awards Spencer star Kristen Stewart and Cyrano star Peter Dinklage received the Performer Tribute, Magnolia Pictures head Eamonn Bowles the Industry Tribute, The Power Of The Dog director Jane Campion the director’s tribute and the cast of The Harder They Fall the Ensemble Tribute; the late activist filmmaker Kathleen Collins earned the first ever Gotham Icon Award, while The Actors Fund was honoured with the Gotham Impact Salute.

The New York Film Critics Circle will announce its winners on Friday (December 3) and the Los Angeles Film Critics Association on December 12.

Best International Feature
Azor
Drive My Car Ryusuke Hamaguchi (Sideshow and Janus Films)
The Souvenir Part II
Titane
What Do We See When We Look At The Sky?
The Worst Person In The World

Best Documentary Feature
Ascension
Faya Dayi
Flee
President
Summer Of Soul (…Or, When The Revolution Could Not Be Televised)

Breakthrough Nonfiction Series
City So Real
Exterminate All the Brutes
How To with John Wilson
Philly D.A.
Pride