Momentum’s horror goes from strength to strength to hold off The Muppets and newcomer Ghost Rider: Spirit Of Vengeance. 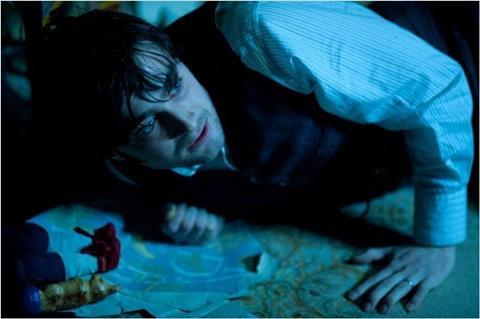 The Woman In Black rose 10% to claim the UK box office crown for a second week in a row.

Hamish Moseley, Head of Sales for Momentum Pictures, an Alliance films Company, commented: “This is a phenomenal result for a second weekend, given how big the film opened. We are pleased to hear reports from cinemas that the percentage of adults going to see The Woman In Black has also increased week on week, suggesting the film is playing well to audiences of all ages.”

Even though it couldn’t topple The Woman In Black, Disney’s The Muppets also improved on its debut performance by posting a $5.1m (£3.2m) weekend to stand at a strong $16.6m (£10.5m) so far, based on non-final figures.

Both The Woman In Black and The Muppets enjoyed healthy weeks from Mon-Thurs as a result of the half term school holidays, adding $6.1m (£3.8m) and $7.3m (£4.6m) respectively.

This week’s highest new entry belonged to eOne’s Ghost Rider: Spirit Of Vengeance which blazed its way to $2.1m (£1.3m) from 362 locations to chart third. The opening is down however on its predecessor’s $2.9m (£1.9m) debut.