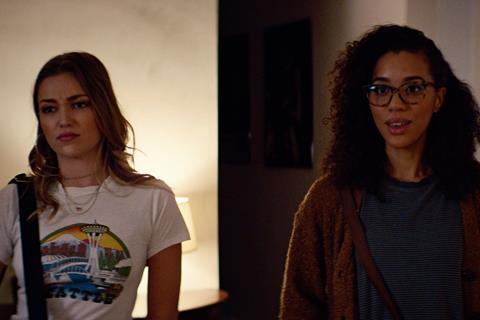 VMI has revealed a first-look image of Savoy Brown and Simmons from the film, about a traumatised young woman losing her hearing who enlists the support of her roommate in a gruesome sound experiment.

Conductor is inspired by Noyer’s short of the same name and marks his feature directorial debut after a career producing documentaries such as 808, about the Roland TR-808 drum machine.

Hannu Aukia of No Office (My Brother’s Keeper) and Noyer of You Know Films produced, and Mike Macari (Rings) is executive producer.