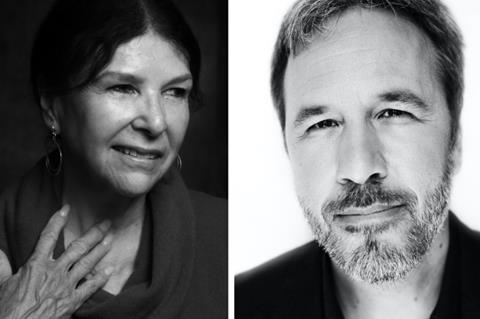 TIFF heads have added Scotiabank Theatre Toronto to the list of in-person venues for the first five days of the festival to accommodate a select number of additional public and press and industry screenings.

The move comes after the Canadian government announced it will relax entry restrictions for all fully vaccinated visitors by September 7. The festival runs September 9-18.

Press and industry screenings will remain available online on TIFF Digital Cinema Pro for press and industry unable to travel. The Industry Conference will continue to be a digital-only event only.

Festival heads also announced the first honourees on Thursday (July 22) and will present documentarian, singer and activist Alanis Obomsawin with the Jeff Skoll Award in Impact Media and Denis Villeneuve with the TIFF Ebert Director Award at this year’s festival.

Obomsawin is a member of the Abenaki Nation and has worked as a filmmaker and producer at National Film Board of Canada since 1967. The career retrospective Celebrating Alanis will play during the festival.

Her 2019 production Jordan River Anderson, The Messenger was her 52nd film and in the same year she was named Companion of the Order of Canada, the country’s highest civilian honour. The retrospective Alanis Obomsawin: Lifework will be presented at the Haus der Kulturen der Welt in Berlin this autumn.

Villeneuve brings Dune to TIFF and the Frank Herbert sci-fi adaptation will receive a world exclusive Imax screening at the Cinesphere Theatre at Ontario Place. Timothée Chalamet, Rebecca Ferguson, Oscar Isaac and Zendaya star in the film which opens in cinemas and on HBO Max in the US on October 22.

TIFF expects to announce further information on in-person screenings for press and industry in the next two weeks. The festival will open with Dear Evan Hansen.