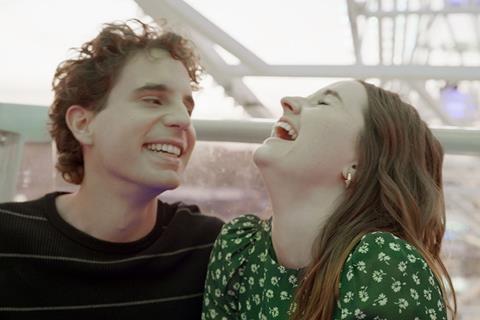 Playing as a Gala Presentation, the film (Universal will release it in the US and UK on September 24 and October 22, respectively) is one of 20 additions to the programme, alongside the North American premiere of Zhang Yimou’s One Second as the closing night film. Shortly after the line-up announcement, Neon said it had acquired the film for North America.

Other newly-announced Gala Presentation world premieres include Walt Becker’s Clifford The Big Red Dog; and Barry Levinson’s The Survivor starring Ben Foster. The potential awards contender formerly known as Harry Haft is one of the acquisition titles US buyers have been tracking since it was first pitched to buyers in Cannes two years ago.

In the Special Presentations section, world premieres include Michael Showalter’s The Eyes Of Tammy Faye starring Jessica Chastain and Andrew Garfield; Michael McGowan’s All My Puny Sorrows based on Miriam Toews’ novel and starring Sarah Gadon and Alison Pill; and Bent Hamer’s The Middle Man based on the book by Lars Saabye Christensen.

Will Sharpe’s UK drama The Electrical Life Of Louis Wain starring Benedict Cumberbatch and Claire Foy will have its Canadian premiere as a Gala Presentation, suggesting it is headed for a world premiere berth at Telluride in early September. Edgar Wright’s Last Night In Soho is categorised as a North American premiere in Toronto, indicating a likely Venice bow first.

The festival has now announced 11 Gala Presentations and 21 Special Presentations. TIFF plans to screen more than 100 films in its hybrid 46th edition and will unveil Midnight, Wavelengths and Primetime selections on July 28. Organisers received a boost yesterday when the Canadian government announced it was easing border restrictions. Fully vaccinated visitors from around the world will be able to enter Canada from September 7.

All My Puny Sorrows (Can) dir. Michael McGowan – world premiere