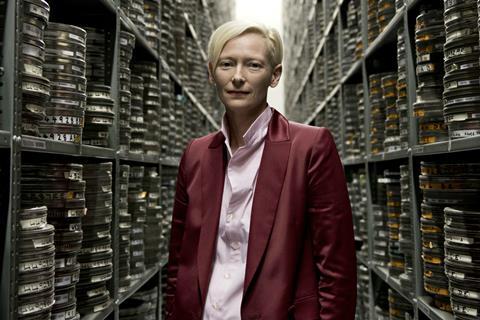 Oscar and Bafta-winning UK actress Tilda Swinton is to receive a BFI Fellowship.

She will be honoured at the BFI Chairman’s dinner in London, hosted by BFI chair Josh Berger on March 2.

The London-born actress is known for roles in both independent and studio features, and won the Oscar and Bafta for best supporting actress for Michael Clayton in 2008.

Swinton began her career in experimental films such as 1986’s Caravaggio, directed by the late Derek Jarman, who was made a BFI Fellow in 1990.

She has gone on to star in films such as Sally Potter’s Orlando; Lynne Ramsay’s We Need To Talk About Kevin, for which she won a European Film Award in 2011; Bong Joon Ho’s Snowpiecer; and Wes Anderson’s The Grand Budapest Hotel among many others.