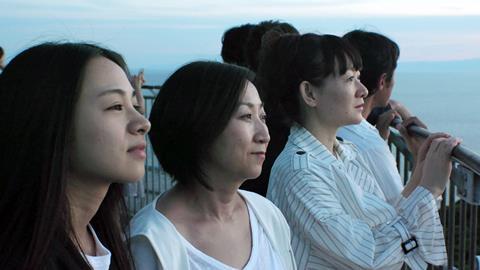 Tokyo International Film Festival (TIFF) has announced the full line-up for its 33rd edition, including the 32 titles selected for its Tokyo Premiere section, introduced in response to the Covid-19 pandemic and international travel restrictions.

Unlike many major festivals this year, TIFF will be going forward with in-person screenings at its usual venues, but has replaced three of its major sections – Competition, Asian Future and Japanese Cinema Splash – with the new Tokyo Premiere section.

The section, which includes 25 world premieres, “has a large focus on supporting young filmmakers,” said festival director Takeo Hisamatsu at today’s press conference in Tokyo. Many of the films in the section are directorial debuts.

Ten of the world premieres are from Japan, including opening film Underdog, directed by Masaharu Take (100 Yen Love); Hold Me Back from Akiko Ohku (Tremble All You Want); Lim Kah Wai’s Japan-Malaysia co-production Come And Go; and Atsushi Funahashi’s Company Retreat.

The world premiere of British title The Bike Thief, a debut film by Matt Chambers starring Alec Secareanu and Anamaria Marinca, will take place in this section.

Tokyo Premiere also includes the Asian premieres of films that were first seen in Cannes 2020 official selection or this year’s Venice, such as Aleem Khan’s After Love, Christos Nikou’s Apples, Kamen Kalev’s February and Kaouther Ben Hania’s The Man Who Sold His Skin.

Rather than appoint an international jury, the section will feature a single award for best film chosen by audience vote.

As previously announced, TIFF will close with Hokusai, a biopic about the titular Japanese artist from director Hajime Hashimoto.

Koji Fukada has been selected as the Director in Focus in the Japan Now section, which will screen his Cannes 2016 Un Certain Regard winner Harmonium, along with Human Comedy In Tokyo, A Girl Missing, The Real Thing, which was selected for Cannes Label 2020, and several shorts.

The festival will also feature a series of online conversations between filmmakers from Japan and around Asia dubbed the Asia Lounge Conversation Series. Participating filmmakers include Apichatpong Weerasethakul, Jia Zhangke and Kiyoshi Kurosawa.

The online talk series was spearheaded by director Hirokazu Kore-eda and was initially proposed as a physical lounge “for filmmakers to meet and communicate” before being moved online due to the pandemic.

“One of the best things about film festivals is making connections,” said Kore-eda at today’s press conference. “I hope we can do it in person in the future, but I think this online version will be a good start.”

In his opening remarks, TIFF chairman Hiroyasu Ando put forth three goals for the festival: to get people excited about seeing films in the cinema again, to serve as a bridge to other film festivals abroad, and to think about how the film industry should move forward in a post-Covid world.

“We had a difficult time deciding what to do, but ultimately decided to hold an in-person festival,” said Ando. “It will be different than usual by necessity, but it’s precisely because of the current situation that we want people to enjoy films together on the big screen.”

This year’s TIFF will take place October 31 to November 9 at Roppongi Hills, Ex-Theater Roppongi, Hibiya Step Square and other venues in Tokyo. Events such as the Asia Lounge series and TIFFCOM, the festival’s film market, will take place online.