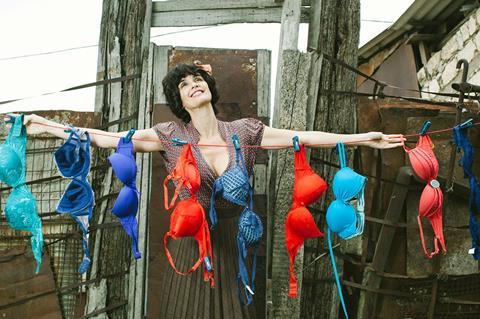 Tokyo International Film Festival (TIFF, Oct 25-Nov 3) has announced the 16 titles that will compete in its International Competition, including the world premieres of His Master’s Voice, from Hungary’s Gyorgy Palfi, Fruit Chan’s Three Husbands, Veit Helmer’s The Bra and Liu Hao’s The Poet.

As previously announced, retrospectives this year include veteran Japanese actor Koji Yakusho (The Eel, Memoirs Of A Geisha) as the Actor in Focus in the Japan Now section and ’The World of Masaaki Yuasa’ as the Animation Focus.

“Last year, my first as festival director, we introduced a new festival vision, expressing our commitment to be ‘Expansive, Empowering and Enlightening’. This year, I would like to strengthen this vision with a really diverse line-up,” said TIFF director Takeo Hisamatsu.

Hisamatsu added the festival is launching a new initiative in collaboration with several cultural organisations, TIFF Plus, which will hold events across Tokyo, while the Cinema Athletic 31 sidebar will focus on sports films in the run-up to the Tokyo 2020 Olympics. TIFF has also added a new venue, Hibiya Step Square, which will host open-air screenings and other events.

TIFF will open with Bradley Cooper’s A Star Is Born and close with Godzilla: The Planet Eater, the final entry in the animated Godzilla trilogy. Special screenings include recent festival favourites such as Alfonso Cuaron’s Venice Golden Lion winner ROMA, Michael Moore’s Fahrenheit 11/9 and Yorgos Lanthimos’ The Favourite.

TIFF’s Midnight Film Festival, introduced last year, will return with fashion and football-themed films; a selection of 1980s classics and “diva” films including Dreamgirls and The Bodyguard. This year’s Tribute to Cinema will focus on comedies including Home Alone, The Hangover and 1959 classic Some Like It Hot.

The Vice Of Hope, dir: Edoardo De Angelis (It)