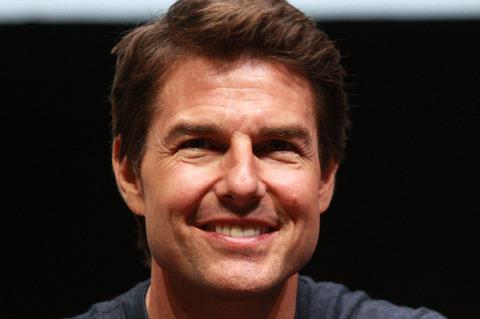 Tom Cruise has become the first film talent to appear in-person at CineEurope in Barcelona this year, presenting the first 13 minutes of Top Gun: Maverick as part of Paramount’s showcase.

Having kept his appearance a carefully-guarded secret, Cruise was introduced towards the end of the presentation by Mary Daily, co-president, worldwide marketing & distribution, and Mark Viane, president, international theatrical distribution at Paramount Pictures International.

Cruise’s entrance was met with a standing ovation from the audience of delegates predominantly from the distribution and theatrical exhibition industries. All attendees were socially distanced with a one-seat gap between each in the Barcelona International Convention Centre (CCIB).

The actor and producer had flown in specially for the convention from London, where he is finishing production on Paramount’s Mission: Impossible 7.

Cruise presented exclusive behind-the-scenes footage of Mission: Impossible 7, including the training for, and filming of a motorcycle jump off a cliff in Norway, which shot in September 2020. The film will be released on September 20, 2022, having been delayed on four occasions due to the pandemic and clashes with other tentpole releases.

He then closed the presentation with a further surprise – the first 13 minutes of Top Gun Maverick. The sequel will be released on May 27, 2022, having moved on six occasions, at first due to additional filming and then on several occasions due to the pandemic.