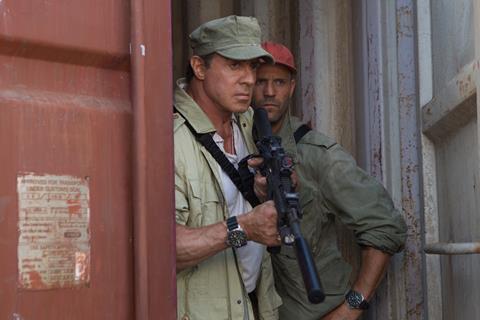 Lionsgate will distribute in the US, Canada and the UK and Millennium will handle international sales.

Production is scheduled to commence in autumn with Scott Waugh directing from a screenplay by Spenser Cohen with revisions by Max Adams and John Joseph Connolly.

Statham most recently starred in Miramax’s Wrath Of Man and appeared in Universal’s F9 and will reteam with director Guy Ritchie on an untitled film. Stallone most recently voiced the role of King Shark in Warner Bros’ The Suicide Squad and has completed filming on the superhero film Samaritan for MGM.

Jackson is heavily involved in Starz’s Power franchise and his company G-Unit Film & Television, Inc. struck a three-film deal with Eli Roth and James Frey’s 3BlackDot. Fox recently wrapped Millennium’s Till Death and stars in the upcoming Big Gold Brick that Arclight Films sells internationally and Samuel Goldwyn Films will release in the US, and Night Teeth for Netflix. Jaa broke out in the Ong-Bak martial arts franchise and recently starred in Constantin Film’s Monster Hunter, released in the US via Sony’s Screen Gems label.