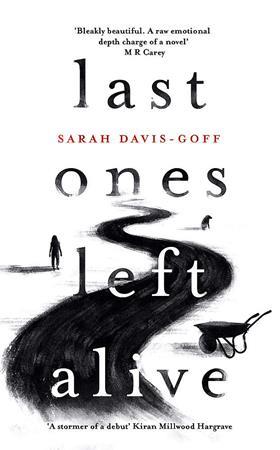 The debut novel - described by The Observer as “a fiercely feminist, highly imaginative novel” - is set in a post-apocalyptic Ireland.

Published by Tinder Press, Davis-Goff’s novel tells of a young woman who has been raised by her mother and another woman on an island off the west coast of Ireland. The mainland has been devoured by a ravening menace known as the skrake and while the islanders are safe for now, they must be ready to flee, or to fight, or to find other survivors and a cure.

“Without really knowing it, I’ve been a fan of Treasure’s work since I was a teenager, loving movies like I Went Down, and more recently The Stag and Papi Chulo,” said Davis-Goff.

Rebecca O’Flanagan of Treasure Entertainment said she felt the story had the potential to reach a wide international audience.  ”From my first read, I was struck by the visual nature of the book and could immediately see that it was a story that has huge potential to hit international screens with iconic and far-reaching success.”

Davis-Goff is well known in Irish literary circles as a publisher at Tramp Press, which she founded with Lisa Coen in 2014. She will be “creatively involved” in the project but will not write the screenplay.