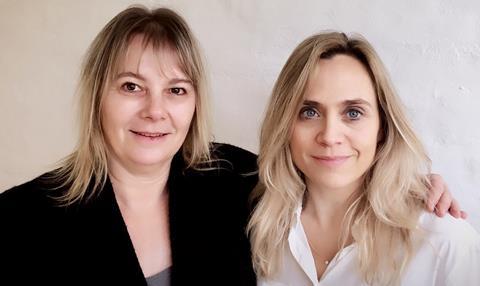 TrustNordisk is diversifying its film sales business by concentrating more on development and financial backing of films and TV drama series as something of a “ministudio,” CEO Rikki Ennis told Screen.

“We’re taking the next step into the future, you’ll see TrustNordisk as an important player in financing, content development, and co-production of both films and TV drama from the idea stage,” said Ennis. “As part of the big family with Zentropa and Nordisk Fiilm, it makes sense to prepare for the future. Nordisk Film is also scaling up and for some projects we will be working closely together.”

As part of the company’s new plans, Susan Wendt has been promoted from head of sales to director of international sales & marketing.

Ennis, who will remain CEO, will spearhead the company’s original content development as well as bringing in new partners and developing financing opportunities. One project already announced on the TV side is eight-part dystopian series Last Light co-produced with Sydney Gallonde and Brain Academy

Wendt will now oversee all of the company’s sales activities, for both films and TV. She manages eight people in the sales and PR departments.

Wendt said, “We still want to keep and strengthen our film business, we will keep working with the high-profile films we do now, including those outside of Scandinavia.”

The move will also let the company work with the same talents as they increasingly move between feature films and TV drama.

Ennis added, “We’re changing into a place where ideas can be born. TrustNordisk has a lot of creative people very much involved with what’s going on out there and what kind of stories and formats work. We also have the financing muscle to find the right partners internationally.”

The recent success of Scandinavian TV dramas offers a strong starting point for the company, but it will surpass “Nordic noir” titles. Wendt said, “We want to try to find a uniqueness that goes further than just Scandinavian TV drama, to globalize our slate in a bigger way.”

Ennis added that the sales and development sides of TrustNordisk will work closely together. “Susan and I will be sisters in crime when it comes to the strategic development of where TrustNordisk is going.”

This news comes as TrustNordisk celebrates the 20th anniversary of the original Trust sales outfit being founded (the merger with Nordisk came in 2008).