Indiegogo campaign for web series is now the highest crowdfunded web series of all time. 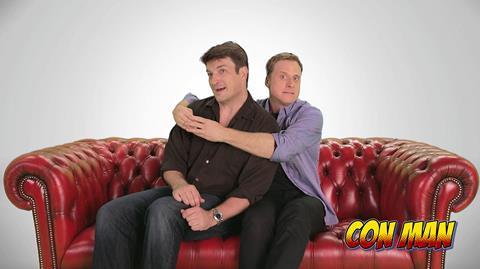 The sci-fi web series has achieved the most funds raised by a web series within its first 24 hours and the record for all-time highest crowdfunded web series in history. Both records are across all crowdfunding platforms.

Within a short time from its launch, Con Man broke through its initial $425,000 goal and went past the $1m mark before midnight Eastern on its first day.

It has currently raised over $1.6m, breaking the previous records set by Tabletop Season 3’s Indiegogo campaign which raised $1.4m within 35 days.

With 29 days left in the campaign, Con Man needs to reach its stretch goal of $1.75m to be able to make a full 12 episode first season and to create a “lost episode” of Spectrum, Con Man’s show within the show.

Con Man is a lighthearted take on the personalities, luminaries, comic book stores and characters Tudyk and Fillion have run into during their years in the sci-fi community and convention circuit.