The actor spoke about working with Michael Cimino, William Friedkin and Woody Allen in a masterclass at Jerusalem Film Festival. 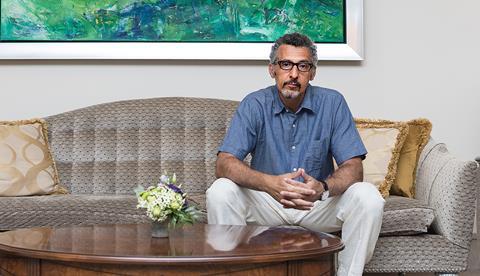 Following his appearance at the Jerusalem Film Festival’s (July 9-19) opening night gala of Nanni Moretti’s My Mother, where he was also presented with an honorary award, John Turturro joined author and Columbia University professor Annette Insdorf for an on-stage conversation at the Jerusalem Cinematheque. Here are a few highlights.

On portraying a ‘bad actor’ in Nanni Moretti’s My Mother

“I didn’t see it that way because anybody can be bad. You can see the best actor in the world struggle and I’ve seen all kinds of behaviour. I’ve had arguments with directors over the years – I won’t name them – but you’re under a lot of pressure as an actor. I’ve seen great actors, if they stay up all night, if they’ve had too much to drink, they go dry – and you just watch them and go, ‘Wow, what is the director going to be able to do?’ You don’t play someone as ‘bad’. I mean obviously this guy has worked a lot so he’s probably good but he’s feeling alone. You’re on the road all the time as an actor and in his case that probably caused collateral damage.”

On what he’s learned working with other actor-directors

“You learn how people prepare, how they create an environment on the set, how they treat people. Early on, I worked in the crazy ‘80s with [Michael] Cimino [on The Sicilian], with Billy Friedkin [on To Live And Die in LA], and that was a different era, when the director was more like a general. You learn different things from different directors. I worked with Peter Weir on Fearless and he used to play music on the set and it created such a great vibe but he was completely in control of what he was doing.”

On getting script notes from Woody Allen for his fifth film as a writer-director, Fading Gigolo

“I wanted to do something with Woody. I’m sure he would have liked to play the gigolo but I was a little younger so I took the role. That was a fabulous experience for me, even though I had rewrite the script about 15 times for him. He’d send me these emails and I would have to lay down when I read them. He goes, ‘I’m merciless and rude – but I could be wrong!’”

On the film-making greats who have inspired him

“Once I was introduced to foreign cinema when I was 17 or 18, it opened me up to different cultures and different ways of thinking – things that I really felt simpatico with. When I first saw Jean Renoir, I thought, How is this even possible? He’s just such a great filmmaker and he’s so humane in his approach. There’s something very experimental about his approach and also very radical. I just watched The Grande Illusion again recently. It’s so good that you almost want it to end, because you keep thinking, ‘It can’t continue to be this good.’”

On the number of Jewish characters he’s played on screen

“I’m half-Sicilian so that means I can be many things. But I think that was Joel and Ethan Coen. Joel and Ethan had seen me do different kinds of roles on stage: Greek, Spanish, whatever. And then they said they were writing me a role in Miller’s Crossing [Bernie Bernbaum] and I did that role and then they said they were writing me another role, Barton Fink. Because of Barton Fink, they offered me [Herbie Stempel in] Quiz Show; Francesco Rosi also saw Barton Fink and asked me if I’d be interested in playing Primo Levi in The Truce. Some of the best roles I’ve had in my career are Jewish characters. I grew up in New York City where everybody grew up next door to each other so it’s not that foreign for me. Plus, I’m married to a Jewish woman [actress Katherine Borowitz].”