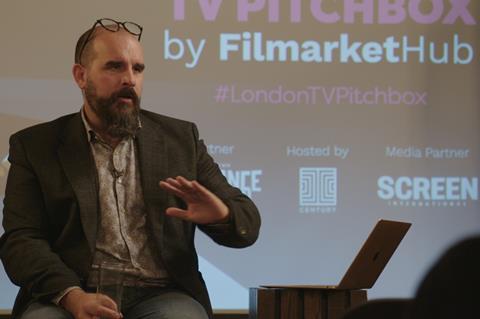 The event, an offline version of the digital service offered by FilmarketHub, was preceded by a talk from writer Peter Harness, who adapted Susanna Clarke’s novel Jonathan Strange & Mr Norrell to a BBC series, and has further credits including Wallander and next year’s The War Of The Worlds.

Harness advised the aspiring creators in the room on the importance of “not having a very comfortable safety net” and “surrounding yourself with people you’re in sync with.”

The seven teams then pitched their projects to executives from companies including NBC Universal, Sky, and Working Title Television.

Announced last month, they were chosen from over 100 submitted projects.

FilmarketHub is an online marketplace for films and series in development.