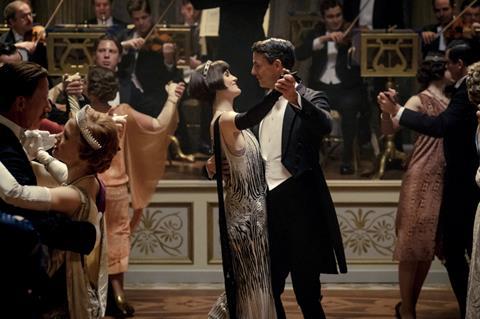 This week sees the release of Universal Pictures’ period drama Downton Abbey, adapted from the enormously popular ITV series that ran from 2010 to 2015.

Michael Engler directed the feature, having helmed several episodes of the series, from a screenplay by its original creator Julian Fellowes. Returning cast members include Hugh Bonneville, Laura Carmichael and Jim Carter. The film sees the Crawley film await a visit from King George V and Queen Mary.

The project is tailor-made for a UK cinema-going audience thanks to the popularity of the series combined with the typical success of feature films that appeal to a ’grey pound’ audience.

Screen’s box-office sources peg the opening at around the £5m-£6m mark, and are saying a healthy £30m lifetime is entirely possible. It could go higher, particularly as midweeks after the opening weekend should be robust.

Advance sales are said to have been strong in the UK. The project is also expected to be a smash in the US, where UK period dramas tend to be popular. According to ticketing company Fandango, Downton Abbey has pre-sold more tickets than Quentin Tarantino’s Once Upon A Time… In Hollywood, which has grossed $135m in the territory to date.

Further releases this weekend include STX’s latest production Hustlers, which will be released by its UK distribution arm STXEntertainment. Lorene Scafaria directs the story based on a New York Magazine article about a group of former strip club employees who band together to turn the tables on their Wall Street clients.

Jennifer Lopez produced the project and also stars alongside Constance Wu. Lopez’s films have tended to struggle in the UK in recent years, Second Act took £1m earlier this year (also via STX), Lila & Eve didn’t receive a UK release, while The Boy Next Door took £1m via Universal in 2015. However the film received glowing reveiws after its TIFF premiere, with Screen’s review describing it as “a lot smarter than it initially looks”.

Fledgling outfit Republic Film Distribution is handling the release of documentary For Sama, Waad Al-Kateab’s account of her personal experience during the ongoing civil war in Syria. Al-Khateab co-directed the project with Edward Watts, telling the story of her battle to stay alive and care for her young daughter during the brutal bombing campaign of Aleppo. Screen understands producer Channel 4 originally did not plan to release the film theatrically but was swayed by its critical success, initially at SXSW and then Cannes.

Dogwoof is releasing Honeyland, Tamara Kotevska and Ljubomir Stefanov’s feature about the last female beehunter in Europe. The film premiered at Sundance this year.

For Sama is expected to be an Oscar contender once that race gets fully underway (though it will face competition from another Syrian doc, The Cave, which is from the director of Last Men In Aleppo and recently premiered at Toronto).