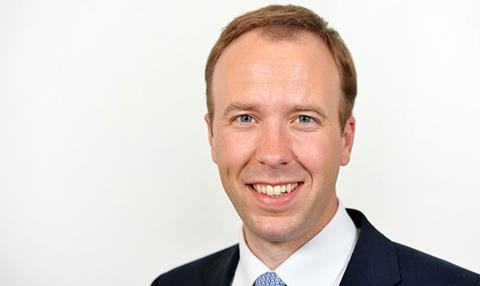 Matt Hancock, the UK’s new minister of state for digital and culture, has highlighted the digital economy and broadband as top priorities, while the government is facing calls to clarify its digital strategy.

Hancock, who assumed the position last week as part of a cabinet shuffle by new prime minister Theresa May, will be responsible for digital policy at the Department for Culture, Media and Sport (DCMS), working across the creative industries.

The country’s creative industries face continued uncertainty over the ramifications of June’s referendum. The same report also highlighted concerns about the ongoing prospect of the proposed Digital Single Market in Europe: “The decision to leave the European Union risks undermining the United Kingdom’s dominance in this policy area. We could have led on the Digital Single Market, but instead we will be having to follow. The Government must address this situation, to stop investor confident further draining away.”

Hancock’s remit will also encompass the ongoing concern of cyber security. A report published in May this year stated that two-thirds of large UK businesses had been hit by cyber attacks in the past year, and that the government would be investing $2.5bn (£1.9bn) over the next five years to tackle the problem.

A statement from DCMS noted that in Hancock’s previous role - as minister of state for the cabinet office and paymaster general – his responsibilities included the “digital transformation of government and cyber security”, which will be “valuable expertise in this new role”.

In November 2015, then home secretary Theresa May, now prime minister, granted new surveillance powers to the UK’s security services, allowing them to track every citizen’s internet usage without the need for a warrant. The move came into criticism from some areas, including notably from American whistle-blower Edward Snowden, as reported by the Guardian.

Elsewhere, the ongoing concern of creative businesses having access to high-speed broadband will be a key priority for Hancock: “Delivering broadband across the country is obviously critical, so is building the digital and technology economy, which is increasingly important in West Suffolk, East Anglia and across the country.

“At the moment, 88% get access to superfast broadband – that’s at least 24 megabits per second. We’ve got a commitment to get that up to 95% by the end of the year and universal coverage to every premises by 2020,” Hancock said, as reported by the Bury Free Press.

In a statement, Hancock said that he would be visiting the UK’s technology businesses in the coming weeks as he takes on his new position.