EXCLUSIVE: The Survivalist producer David Gilbery joins the investment company whose credits include Under The Shadow and The President. 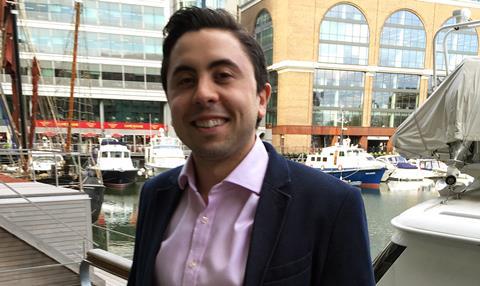 Gilbery joins from production and finance outfit The Fyzz Facility where he was head of business operations.

Gilbery’s producer credits include recent BAFTA-nominee The Survivalist from Screen Star of Tomorrow director Stephen Fingleton, and Michael Lennox’s A Patch Of Fog.

In his new position, he will work alongside Creativity Capital’s co-founders Patrick Fischer and Richard Kondal with the aim of expanding the finance outfit, which specialises in tax credit lending, pre-sale and MG lending and GAP lending.

Creativity Capital was founded in 2013 and to-date has invested in the likes of Babak Anvari’s Sundance premiere Under The Shadow, Tom Daley’s Kaya Scodelario and Ed Skrein-starring Tiger House, and Mohsen Makhmalbaf’s Venice premiere The President.

Commenting on the appointment, Patrick Fischer said: ““David joining our team is a testament to the company we’ve built. I’ve known David for a number of years and relish the opportunity to grow our company together.”

Gilbery added: “There’s a fantastic foundation here and I’m looking forward to helping the company to grow and expand its offerings to the industry.

“Alongside Patrick, Richard and the rest of the Creativity Capital team, we will focus on building strong relationships, and working closely with producers and sales agents to help them achieve their objectives, getting their films made.”