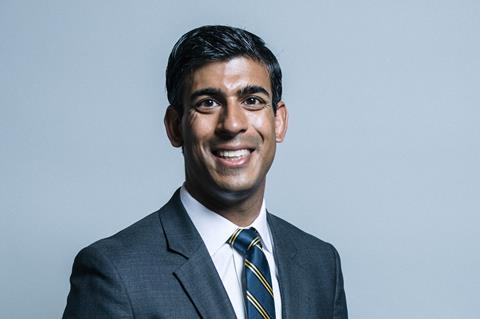 A multi-billion pound ‘kickstarter’ for young people, more cash for apprenticeships and a £1,000 pay-out per person to replace the furlough scheme comprise Rishi Sunak’s multi-pronged approach to re-launching the UK economy.

Sunak’s summer ‘mini budget’ was led by a Job Retention Bonus plan, which will complement the winding down of the Coronavirus Job Retention Scheme (JRS). To that end, companies will be paid £1,000-per-person for each returned from furlough.

Anyone who returns to work between November and January – the three months after the JRS shuts – must be paid at least £520 per month, which will “reward and incentivise employees who successfully bring staff back”, according to Sunak.

If every furloughed worker is supported back to work, the Job Retention Bonus will cost the UK government around £9bn.

Today’s announcement is designed in part to stave off criticisms that the JRS, which has supported around nine million people with 80% of their wages per month since March, has been wound down too quickly and will cause mass unemployment once it closes.

Labour shadow chancellor Anneliese Dodds said the “one size fits all approach” to closing the scheme should be abandoned, with a longer-term strategy for sectors that will be heaviest hit by mass unemployment.

But Sunak said: “Endless calls for extension to furlough are as irresponsible as ending it overnight in June. It is in no one’s long-term interests for the scheme to continue forever and have all of these jobs propped up by a government subsidy.”

Meanwhile, Sunak has introduced a £2bn ‘kickstart scheme’ to provide hundreds of thousands of jobs to people aged between 16 and 25.

The scheme, which has no place limits, will cover a young person’s wage for six months plus overheads, costing the government around £6,500 per person on average.

Employers can apply from later this month, with the first jobs expected to be taken up in the autumn.

Complimentary to the scheme, the government will also pay employees £2,000 for every young apprentice they take on, and £1,500 for those aged 25 and over.

Sunak’s announcement will have done little to placate the three million ‘forgotten freelancers’ who have fallen between the cracks of the government support scheme, many of which operate in the screen industries.

An alarming Bectu survey this morning found more than half of workers (53%) in film and TV do not expect to be back to normal hours in a year’s time.

Respondents expect to earn less than half (42%) of their usual 2020 income, with this figure falling to 31% for lower-budget scripted employees working in genres such as comedy and children’s programming.

Those on lower incomes also expect to lose a higher proportion of their earnings than people paid more than £50,000 per year.

“With so many people falling through the gaps of the support schemes there are questions to be asked about how much longer they will be able to survive financially,” said Bectu head Philippa Childs.

“What is most worrying in these findings is that lower-paid crew, who are often entry level, expect to be worse off for many months still.”

Childs called for a “solid plan for recovery” quickly, which includes government underwriting insurance – expected in the next week or so.