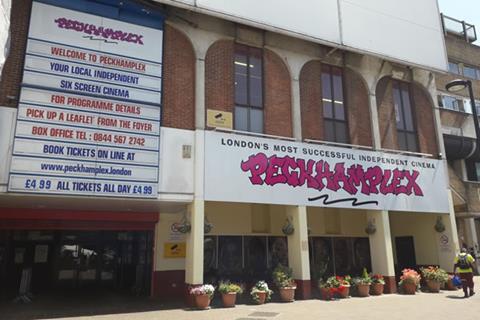 The Department for Digital, Culture, Media and Sport (DCMS) has revealed the recipients from the latest round of the Culture Recovery Fund – a grants programme issued by the UK government as a response to the Covid-19 pandemic.

The £107m fund will be shared between 925 arts, culture and heritage organisations, with £6m being put towards independent cinemas.

The British Film Institute (BFI) will distribute the £6m among 62 independent cinemas, including the Genesis Mile End which has received £543,315, and London’s Peckhamplex which is set to receive almost £500,000.

Almost £85,000 will help The Alhambra in Keswick in north-west England to introduce a new air filtration system and set up a new film club for local school sixth-form students and over £102,000 will be granted to the Forum Cinema in Hexham in north-east England, to make the venue as accessible as possible for all audiences.

Film production companies that will receive funding include Bristol-based Calling The Shots Films, that will get £25,000.

More than £100m will be awarded in continuity support grants to over 870 previous Culture Recovery Fund recipients. An additional £6.5 million will be shared by 57 organisations in need of urgent financial help, from an emergency resource support fund.

The £107m funding comes from the £300m announced by the chancellor at March’s budget for the Culture Recovery Fund, bringing the total cash support package made available for culture during the pandemic to close to £2bn.