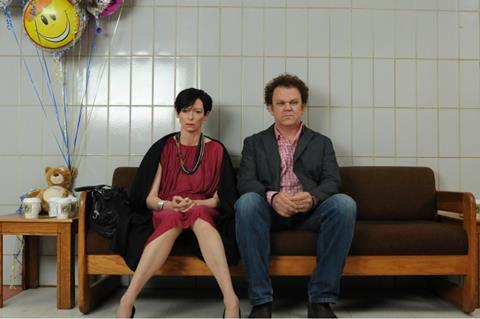 We Need To Talk About Kevin

Lebutsch, who joined Independent in 2007, replaces outgoing head of sales Nada Cirjanic and will report to managing director Andrew Orr.

Palfrey was previously European CFO at Exclusive Media where she worked on the financial closing of The Woman In Black, The Ides Of March and The Way Back. Palfrey will report to Independent’s CEO Luc Roeg.

The promotions form part of a larger staff reshuffle, which also includes the promotion of Rachel Brown to marketing manager. Brown came to Independent in 2015 after working at Universal Pictures International Entertainment, Protagonist Pictures and Studiocanal.

Sonny Gill also joins the team as development and acquisitions executive. Gill most recently worked as assistant to Paul Thomas Anderson on upcoming feature Phantom Thread and previously worked as a production assistant on movies The Infiltrator, Fast Girls and StreetDance 2.

Independent, producer of We Need To Talk About Kevin and Carol Morley’s upcoming Out Of Blue, is looking to add to its team and is currently interviewing candidates for a junior sales executive role.

Cirjanic, who joined the company in 2015, was previously joint head of sales at Protagonist Pictures.

Andrew Orr, managing director, said: “I am delighted that Sarah has accepted her promotion to head of sales at this exciting time for Independent. Sarah is a hugely experienced and talented executive, whom I have thoroughly enjoyed working with for the last 10 years and I am excited about what Sarah can bring to the team in her new role. We have had a great couple of years and I would like to thank Nada for her vital contribution and wish her the best of luck for the future.”

Luc Roeg, CEO, added: “This is an important stage of Independents growth and I couldn’t be happier with the team who are going to help lead the company to its next chapter. I’ve worked closely with Cora since she joined Independent and, as COO, I know she is going to have a real impact on the business.”