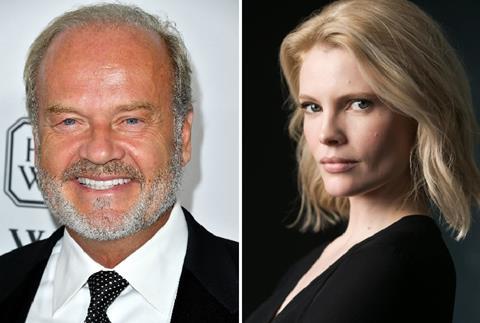 Filming has wrapped on family adventure Miss Willoughby And The Haunted Bookshop, starring Nathalie Cox and Kelsey Grammer, which shot in the UK during the Covid-19 pandemic.

The film began shooting four weeks ago in York and observed health guidelines to ensure the safety of cast and crew during the ongoing virus crisis. A Covid-19 supervisor was on set to ensure government-sanctioned guidelines were met.

It marks one of the first independent features to shoot in the UK following a total shutdown of production in mid-March as a result of the pandemic.

The story centres on Elizabeth Willoughby (Cox), who inherited her family’s estate after being orphaned at a young age and was raised by a retired US Marine (Grammer). Now a history professor and detective, she receives a call from family friends to investigate a series of hauntings at their antique bookshop.

Grammer said of the shoot: “Although Covid presented a new set of challenges, we were able to work very effectively through new standards of film production. I would urge my family of actors at SAG-AFTRA to take a page out of the British playbook; we can responsibly get back to work.”