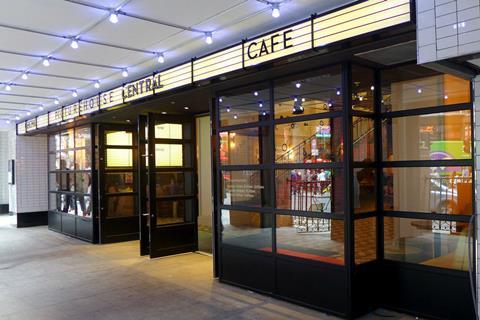 UPDATE: Picturehouse has responded to Screen’s story yesterday about its theatrical windows policy, stating “if a film is made to be shown in cinemas then it should respect a theatrical window”.

A statement from the company said the windows policy was pre-existing but that some distributors “had taken advantage of our support as a way to break the window policy”. As such it has now “approached the relevant parties to reinstate our position on upholding theatrical windows”.

In the past year, films such as Cold War, Disobedience and 2017 Palme d’Or winner The Square, all relased by Curzon day-and-date in cinemas and on its Curzon Home Cinema platform, did not adhere to the UK’s traditional 16-week theatrical window but still played in Picturehouse cinemas.

Read the full statement below.

Picturehouse provides a home for filmmakers and we are proud to offer a stage for their work on the big screen. We show a wide range of films including Screen Arts and may host special events and Q&As to support titles. Some distributors in the UK have taken advantage of our support as a way to break the window policy. Once we realised this was the case, we approached the relevant parties to reinstate our position on upholding theatrical windows.

We will continue to invest in building new cinemas and renovating its existing estate in order to give cinema lovers a great experience in any neighbourhood where there is demand for what Picturehouse has to offer. In the last three months, we have opened two new cinemas and we have plans for further openings in 2019 and beyond.

As for Picturehouse Entertainment, we are a thriving theatrical distributor in the UK. We have built on our success since its re-launch in 2016 and are pleased to have bought an exciting slate of films in Sundance and Berlin this year. This is not in response to any other company or their policies. We have enjoyed our success so far and take pride in the trust leading filmmakers have in us to bring their work to a cinema audience.

ORIGINAL STORY: UK cinema chain Picturehouse has introduced strict theatrical windows for its venues and is now only programming films that adhere to a 16-week gap between cinema and home entertainment release.

That means any films released with shorter windows or day-and-date, such as all titles distributed by Curzon, including the forthcoming festival hits Girl and The Souvenir, can no longer play in Picturehouse cinemas.

Picturehouse Cinemas is the boutique arm of global exhibitor Cineworld, which is the UK’s second largest multiplex chain. Along with Odeon, the UK’s biggest multiplex chain, and Vue, the UK’s third biggest operator, as well as the market’s other multiplexes, Cineworld operates a strict 16-week theatrical window policy. Picturehouse is the first boutique exhibitor to enforce the practice. The new policy does not apply to documentaries.

Smaller chains such as Picturehouse, as well as independent venues, have worked with distributors in recent years to employ shorter windows and sometimes day-and-date strategies as they look to boost revenues for indie titles that struggle to get significant play in cinemas. In particular, this has been done for films that are unlikely to stay in cinemas for longer than a few weeks and thus are reliant on money made from ancillary revenue streams.

Picturehouse’s new model means distributors looking to employ different strategies beyond traditional windows will no longer be able to place films in the company’s cinemas.

“After eight fruitful years of working together on Curzon films, released via our day-and-date release strategy, we are sure this will come as a considerable disappointment to the Picturehouse customers. To date, no reason has been given for the decision,” he said.

“We are hopeful Picturehouse will reconsider their decision and allow their customers to see some of the fantastic films we have on our slate. For the avoidance of doubt, Curzon will continue to book Picturehouse Entertainment titles into Curzon cinemas with Capernaum currently playing across our cinemas. For us, customer choice and access is the paramount concern,” Knatchbull added.

Picturehouse did not respond to Screen’s request for comment.

Curzon, one of Picturehouse’s biggest rivals in the UK and the primary exhibitor for Netflix titles in the country, is moving its business in the opposite direction.

Curzon also has a distribution arm (as does Picturehouse) and operates its own VoD service Curzon Home Cinema. It has now implemented a day-and-date release strategy for all of its own titles, which now appear on Curzon Home Cinema the same day they enter cinemas.

For example, Curzon released Cold War day-and-date last year, taking $1.5m to become the highest-grossing arthouse foreign-language film of the year. On its opening weekend, Picturehouse cinemas accounted for four of the top 10 highest-returning sites for Cold War in the UK.

Cuzon recently claimed its VoD service now accounts for the equivalent of (on average) 10% of the total rental income of a Curzon release. However It does not release specific figures about individual films.

This weekend, Curzon released Foxtrot into UK cinemas and on to Curzon Home Cinema. The company’s upcoming slate includes Girl, At Eternity’s Gate, Vox Lux, Birds Of Passage, In Fabric and The Souvenir. None of those titles will now be able to play in Picturehouse venues.

Picturehouse may look to fill gaps created in the calendar with its own acquisitions. This year, the company has been on a buying spree, picking up UK rights to Sundance titles The Last Tree, Koko-Di Koko-Da, and Monos, as well as upcoming reggae documentary Inna De Yard. Its releases in the last 12 months include The Wife, Custody, The Beatles Yellow Submarine and First Reformed.

Picturehouse operates 26 cinemas across the UK. Curzon has 14 sites.

One distribution executive suggested it would be “bad for distributors” if some key indie titles were not able to play in both Curzon and Picturehouse cinemas, and particularly “bad for audiences” who live in parts of the country that are not served by cinemas from both chains. Brighton and Cambridge, for example, only have Picturehouse cinemas as the independent option alongside the multiplexes.

Dave Woodward, head of theatrical sales at Thunderbird Releasing, said Thunderbird happily adheres to the 16-week theatrical window policy on some of its  titles. Recent Thunderbird releases Cannes hits Shoplifters and Burning were released with the window to ensure they could get as wide play as possible – including some multiplex showings - and have delivered good numbers. This weekend, the company is releasing The Kindergarten Teacher with a 16-week window.

However, Thunderbird also has upcoming titles such as Sorry Angel which won’t adhere to the 16-week window and as such will now not be able to play Picturehouse sites. Woodward said some independent titles can struggle to sustain momentum across the entire 16-week period, and the budget was not always available for two separation allocations of P&A spend (one for theatrical, one for home entertainment).

He suggested the possibility of the UK coming more in line with the US, where holdbacks are typically set at 12 weeks.

Another distributor suggested  the absence of Curzon titles in Picturehouse cinemas will free up screens for other distribution outfits to book into the chain.

The long-running debate around theatrical windows has come into the spotlight again recently, prompted by the awards season success of Netflix’s ROMA following the film’s very limited cinema release last year for which Netflix did not report any box office figures.

The steaming service released ROMA in the UK initially in an exclusive arrangement with Curzon cinemas, granting the film a two-week window prior to its release on the Netflix platform. The film has since played at a selection of independent venues across the UK and Ireland.

The debate centres around whether Netflix should be required by awards bodies such as the Academy and Bafta to adhere to more traditional windows to be eligible for its awards, or whether said windows should be re-assessed and potentially reduced. Both Vue and Cineworld have formally complained to Bafta.