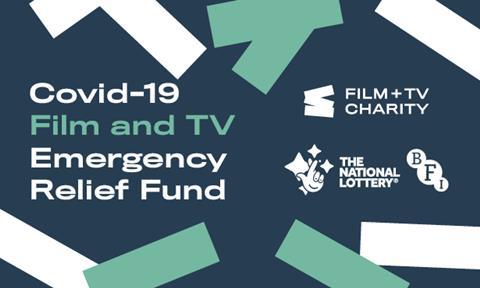 The UK’s Film and TV Charity has made an urgent appeal for donations after its Covid-19 Emergency Relief Fund fell £2m short of applications.

Nearly 3,000 people from across the screen industries have applied for financial aid from the Covid-19 Film and TV Emergency Relief Fund, which the charity established in partnership with the BFI to support the UK creative community during the coronavirus pandemic.

But the aid required adds up to more than £5m, exceeding the £3m limit of the fund, which was generated through donations from the BFI (using National Lottery funds), BBC, Netflix, Sky, WarnerMedia and several individuals.

Applications closed at 18.00 on April 22 and while those facing the most financial hardship will be prioritised with one-off grants ranging from £500 to £2,500, around two-thirds of those who applied for aid across film, TV and cinema may not be helped.

Alex Pumfrey, CEO of the Film and TV Charity, said: “Coronavirus is having a devastating impact on our industry. People are out of work and desperately worried about their future. The charity has been able to take urgent steps but the number of applications and calls for help demonstrate the extraordinary need for financial support for freelancers.”

When the fund launched on April 8, it was revealed 93% of freelancers are no longer working as production of films and TV series shut down and cinemas throughout the UK closed their doors.

Of those who have applied to the emergency relief fund, 58% came from television; 39% from film; and 2% from exhibition (many working in this sector are employees so have likely been furloughed).

Pumfrey told Screen she hoped to launch a second wave of the fund in the coming weeks (contingent of receiving donations), as industry workers may have supported themselves over the past month but may be struggling in the near future while others have been holding out for government support but have not been viable.

“We need to do more,” Pumfrey added. “We’re urging people to help up to re-open these funds and extend our services to reach more of the most vulnerable in our industry.”

Since the start of the crisis, the Film and TV Charity has also distributed £140,000 to nearly 400 people through their long-standing Hardship Fund, with stop-gap grants of up to £500 to cover essential living costs such as food and bills.

The charity has also seen an increase in demand for its mental health services, with almost 1,800 people contacting its free, 24-hour support line in the past six weeks – five times higher than average.

It has led to the charity raising concerns about the increased mental health risks during the pandemic, particularly for the freelance community which is unable to access company support structures.

In line with its Whole Picture Programme for better mental health, the charity has partnered with Mind to create tailored advice for the film and TV industry in a bid to help with common mental health concerns, which is available online.