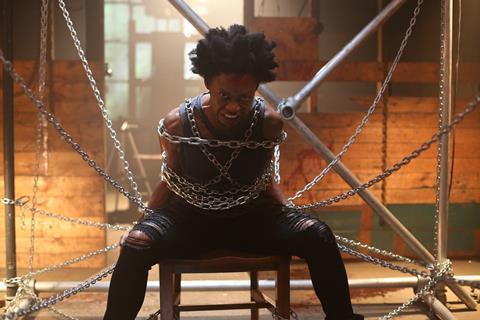 Toronto-based V71 heads to Berlin with worldwide sales rights to the darkly comic She Never Died and has struck a deal for XYZ Films to represent US sales.

The film wrapped production in Ontario last summer and is a companion piece to the 2015 fantasy comedy He Never Died starring Henry Rollins, which XYZ Films licensed to Vertical Entertainment for worldwide distribution.

Olunike Adeliyi (Doug Liman’s upcoming Chaos Walking) stars in She Never Died as Lacey, an immortal cannibal who saves a woman from dying a grisly death on a dark web channel and hunts down down the culprits.

A71 Entertainment will distribute She Never Died in Canada, and V71 and XYZ Films jointly represent North American SVOD rights.

V71’s EFM sales slate for Berlin includes Loud Krazy Loud Love, a rock documentary about Korn guitarist Brian “Head” Welch, who walked away from his rock ‘n’ roll lifestyle to face his demons and be a father to his newborn child. The film premiered on Showtime in the US last December.