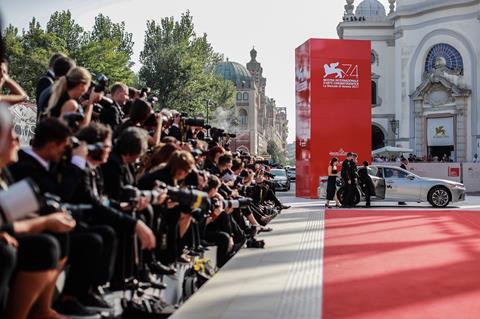 In a boost for UK industry professionals and talent, the Venice Film Festival has removed the quarantine requirement for UK visitors attending who have received two doses of a Covid-19 vaccine.

Those travelling to the festival ”for working reasons” can stay longer than the standard five-day period for UK travellers and will not have to isolate for any time, the festival has confirmed to Screen.

UK journalists must provide an accreditation letter and confirmation and a commissioning letter from their editor. They must also be a UK resident.

Until now UK guests who were planning to attend the event would have had to either quarantine for five days upon arrival or stay for a maximum of five days under Italian rules that allow short business trips from certain countries without the need to quarantine.

Italy’s next update to its travel rules is expected on August 30.

UK or part-UK titles at the event include Jane Campion’s The Power Of The Dog and Pablo Larrain’s Spencer in Competition; Ridley Scott’s The Last Duel and Edgar Wright’s Last Night In Soho out of Competition; and Harry Wootliff’s True Things in Horizons.

Speaking to Screen last month, artistic director Alberto Barrera said he expected changes to the quarantine requirements in the weeks before the festival took place, and left the door open for exemptions for other countries including China.

The festival will run from September 1-11.