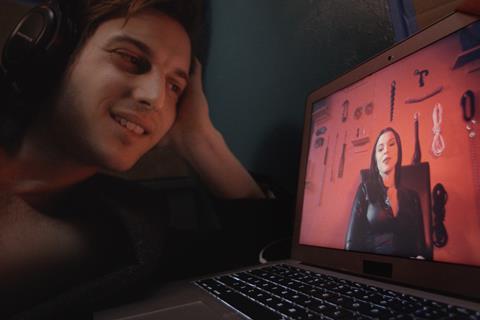 Vertigo picked up the rights directly from US producer Pretorius Pictures and plans to release the film theatrically and on digital platforms from February 5, 2021.

PVT Chat will also be released by Rialto Distribution in Australia and New Zealand through its ongoing strategic partnership with Vertigo. The UK-based distributor has also partnered with Gravel Road to distribute the film in South Africa. Release dates for these territories have yet to be scheduled.

The feature, which debuted at Fantasia Film Festival in August, is from writer-director Ben Hozie, also known as the leader of art punk band Bodega.

The obsession with this cam girl reaches a boiling point when his fantasy materializes in reality, believing he sees her in New York’s Chinatown, and he has to face whether their connection is real or if he is being taken for a ride.

The cast also includes Buddy Duress, who starred opposite Robert Pattinson in the Safdie brothers’ Good Time, and the score is by Austin Brown, of Parquet Courts.

The producer is Oliver David for New York-based Pretorius Pictures, which is also handling international sales for the feature.