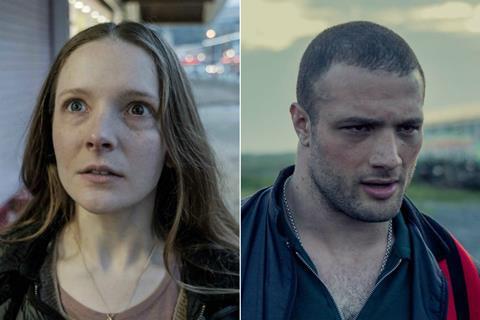 Update (20/11): Longlists for most promising newcomer, international film and documentary have also been released.

The British Independent Film Awards (BIFAs) has moved its ceremony from its traditional early December slot to February 2021 as it announces the longlists for six categories this week.

The nominations will be announced on December 9 and winners revealed “in early February”, according to BIFA. An exact date and format of the ceremony has yet to be announced.

Scroll down for the New Talent longlists

Glass is longlisted for the Douglas Hickox award for best debut director and best debut screenwriter, with Oliver Kassman included for breakthrough producer for Saint Maud; while Rowland, Joseph Murtagh and Daniel Emmerson are longlisted in the director, writer and producer categories respectively for Calm With Horses.

There are 46 filmmakers across the three categories, with 15 titles longlisted in debut director, 15 in debut screenwriter, and 16 in breakthrough producer.

Also longlisted are screenwriters Jed Shepherd and Gemma Hurley and producer Douglas Cox for their Zoom-set horror Host, which was conceived, written and directed entirely during the first UK Covid-19 lockdown, and has become an international hit via genre platform Shudder. Vertigo Releasing signed a UK and Ireland deal with the streamer in September, and is planning a release for December 4 providing cinemas are permitted to reopen.

Further selections include author Caitlin Moran for her first screenplay How To Build A Girl; Claire Oakley in both director and screenwriter for Make Up; writers Theresa Ikoko and Claire Wilson for Rocks; and director Rubika Shah and producer Ed Gibbs for White Riot.

Women represent 52% of the selection across all three new talent categories, including 53% of debut directors, 56% of debut screenwriters and 48% of breakthrough producers.

A total of 13 out of the 46 filmmakers longlisted were previously named Screen UK and Ireland Stars of Tomorrow, including Glass, Rowland, Murtagh, Emmerson, Weekes, Riley, Oakley, Shah and Wilson.

The 46 longlisted filmmakers will be invited to join BIFA’s new Springboard scheme – a programme of continuing professional development aimed at nurturing emerging talent to build on the success of their first features.

BIFA will reveal the longlists for three further categories over the next three days (November 18-20).

Fred Scott - Being A Human Person

Caitlin Moran - How To Build A Girl