Viu, HBO Asia collaborate on second season of The Bridge 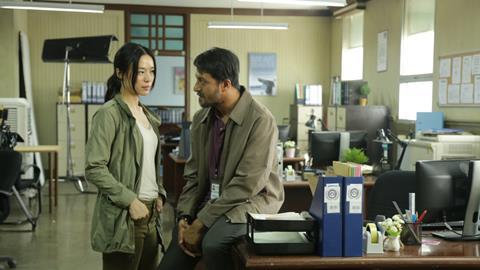 Pan-regional streaming service Viu and HBO Asia have confirmed that they are collaborating on a second season of The Bridge, an Asian adaptation of Endemol Shine’s Scandinavian drama series of the same name.

The ten-episode second season of The Bridge will begin shooting this year for simultaneous broadcast on Viu and HBO Asia’s channels and services in early 2020. As with the first season, Viu is working with its regular production partner Double Vision.

Loosely based on the second season of the original series, the Viu and HBO Asia collaboration follows the investigation that ensues when a yacht drifts ashore in Malaysia with a deceased Indonesian family on board.

The original version of The Bridge, set between Denmark and Sweden, was created and written by Hans Rosenfeldt as a joint production of Sweden’s Filmlance International, part of Endemol Shine Group, and Denmark’s Nimbus Film. It has also spawned remakes in the UK/France, US/Mexico, Germany/Austria, Russia/Estonia and Serbia/Croatia.

Directed by Thammarong Sermrittirong (The Gifted), the series is based on a novel from online literature platform Fictionlog and follows a woman who brews a supernatural bubble tea to make her handsome boss fall in love with her, but accidentally feeds it to the wrong guy. The series will air from the first quarter of 2020.

PCCW Media Group managing director Janice Lee said that Viu had first identified the Korean Wave as one of Southeast Asia’s major entertainment trends a few years ago, and built the service on offering premium Korean content, but now the Thai wave is “lapping on shores in Asia, while Hallyu continues to gather momentum”.

“This has prompted us to explore the combination of Hallyu and Thai wave to create a new and hopefully refreshing breed of entertainment for our audiences,” Lee said.