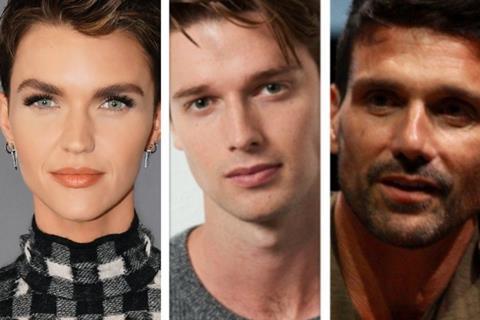 Production wrapped recently in Mississippi and Voltage president and COO Jonathan Deckter and his team plan to show a promo when they kick off talks with buyers later this month.

Saban Films has acquired US rights to The Yacht, which is described as being in the vein of Die Hard and Panic Room and centres on a tenacious and troubled young woman who inherits a luxury yacht from her estranged father and has to fight to survive when it gets hijacked by thieves.

Unable to escape and trapped on the yacht at high seas, the prey becomes the hunter as she turns the tables on the intruders and takes matters into her own hands.

“I was really drawn to the project initially because it’s such a great take on the modern thriller with a strong female lead. I was hooked,” said Whitebloom, who has directed music videos for Taylor Swift, Demi Lovato, and One Direction and makes his feature directorial debut on The Yacht. “When Ruby Rose came on board – excuse the pun – she took the character of Bella to another level, bringing a real-world vulnerability to the part that added so much.

“Frank and Patrick were also great collaborators, it was thrilling to work with those gents and see those characters leap off the page. Having always been a fan of the thriller genre, it’s been a dream to bring this one to life.”

“Declan has assembled an all-star cast of renegade action stars to lead this pulse-racing heist-thriller,” said Deckter. “No one kicks ass quite like the indominable Ruby Rose and Frank Grillo, and we saw Patrick’s genius first-hand when we handled sales on Daniel Isn’t Real.”

Rose starred in Netflix series Orange Is The New Black and played the lead Kate Kane in the CW’s Batwoman. She was recently seen in SAS: Red Notice, and opposite Morgan Freeman in Vanquish. She will next be seen in Lionsgate comedy 1Up.

Grillo played the villain Crossbones in Marvel’s Captain America films and Avengers: Endgame, and stars in Universal’s The Purge: Anarchy and The Purge: Election Year, and The Grey. His credits include Chinese box office smash Wolf Warrior II, and upcoming The Hitman’s Wife’s Bodyguard.

Schwarzenegger has appeared in Stuck In Love, Grown Ups 2, Scouts Guide To The Zombie Apocalypse, Midnight Sun, Daniel Isn’t Real, and Netflix’s Moxie from Amy Poehler. He will next be seen in Amazon’s The Terminal List.

Voltage’s upcoming Cannes sales slate features After We Fell, the third instalment of the hit After YA franchise that the company has shepherded since inception; and YA romance Time Is Up starring social media celebrity Bella Thorne (Scream: The TV Series, Midnight Sun) and Italian pop star Benjamin Mascolo.

The roster includes Per Tutta La Vita (For All Life) from the producers of Perfect Strangers; and romance Finding You, which filmed in Ireland and stars Katherine McNamara (Shadow Hunters), Tom Everett Scott (That Thing You Do), and Vanessa Redgrave (Atonement).