Toby Bradon of Vue International has returned as managing director of the company’s Italian branch The Space Cinema (TSC), which operates 36 cinemas with 362 screens in Italy. 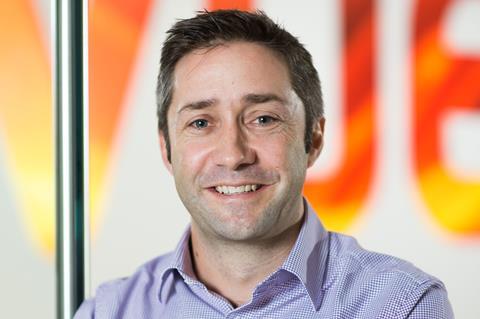 Bradon first joined Vue International in 2009. He was acting managing director at The Space Cinema from 2016 until January last year, when he was replaced by Roberto Masi.

He has now left his post as executive director of strategy and business improvement at Vue International and took up the new role on January 8, 2018.

Bradon will work on trialling Vue’s Recliner seat and rolling out the Vista operating system across TSC sites.

Steve Knibbs, chief operating officer at Vue International, said: “Toby understands our business philosophy extremely well as he has played an integral role in developing our strategy in his previous role. We have a great team at TSC and I look forward to seeing the business grow under Toby’s forward looking leadership.”

Bradon stated: “I am really excited and look forward to working with the highly experienced and talented people throughout The Space Cinema. I relish the opportunity to further develop this great business ensuring The Space Cinema is the first choice for cinema entertainment in Italy.”