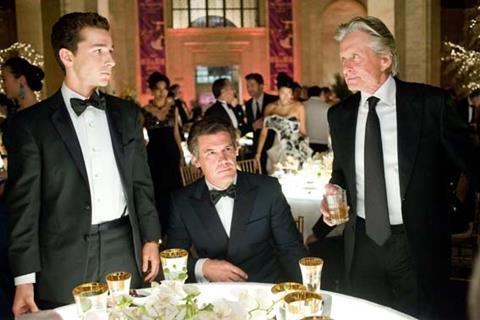 With stories of city greed and hubristic falls from grace still high on the public’s wish-list Wall Street’s subject matter clearly appealed to UK cinemagoers. The opening take was Michael Douglas’ biggest in the UK since weekend charts began in the early ‘90s.

The week’s total turnover was unspectacular thanks to the lack of major US releases, blue skies and the public’s ongoing appetite for TV hit X-Factor, which had 13.5m viewers on Sunday and 12.2m on Saturday.

Paramount’s seventh placed Made In Dagenham was the weekend’s most resilient top 20 title, posting a -25% weekly change and a $1.8m running total.

Total weekly box-office revenue will be up next week with saturation releases for Universal’s animation comedy Despicable Me, Sony’s Facebook drama The Social Network and Fox’s spoof Vampires Suck.