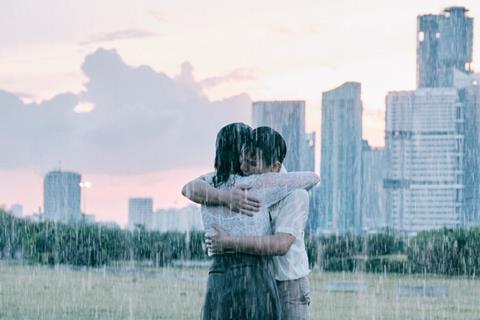 The Roberto Rossellini awards are presented to films in Pingyao’s Crouching Tigers section for international debuts and second features. Best director in these awards went to Cesar Diaz for Our Mothers, the Guatemala-set drama that won this year’s Camera d’Or in Cannes, while the Jury Award went to Wisdom Tooth, from China’s Liang Ming.

Wisdom Tooth also won best director in the Fei Mu awards, which are for debut or second Chinese-language films in both the Hidden Dragons and Crouching Tigers sections. Wet Season’s Yeo Yann Yann won best actress in these awards, while Ju Anqi’s A Trophy On The Sea picked up best actor for Wang Xuebing and a Special Mention.

A Trophy On The Sea also won the Youth Jury Award, selected by international students and young filmmakers, while Wet Season picked up the Cinephilia Critics’ Award.

Also during the ceremony, Zhang Yimou was presented with the ’Crouching Tiger Hidden Dragon East-West Award’, which honours achievements in cinema and contributions to the development of East-West film culture. Hong Kong producer Nansun Shi was presented with the ’International Contribution to Chinese Cinema Award’ for helping give Chinese cinema an international profile.

Zhang also gave a Master Class in the early days of the festival, which had to be moved to a bigger outdoor venue due to demand. Masterclasses were also presented by Japan’s Takashi Shimizu, Brazil’s Kleber Mendonca Filho and Chinese veteran filmmaker Xie Fei.

The festival also held a projects market for the first time, Pingyao Project Promotion, and a Work-in-Progress Lab, which both gave out several cash prizes at the awards ceremony. Meanwhile, the PYIFF Forum included a session on Indian parallel cinema, discussions with Shi and actress-filmmaker Joan Chen and a panel with international festival programmers including Berlin’s Carlo Chatrian and Cannes’ Christian Jeune.

Several new Chinese films were announced during the festival. Trailers are being played before screenings for Cheng Er’s Pseudo Idealist, which stars filmmaker and PYIFF co-founder Jia Zhangke as an actor, and Jia’s most recent film as director, documentary So Close To My Land, about a group of Chinese writers.

PYIFF opened on October 10 with the Chinese installment of BRICS co-production Neighbors, directed by Han Yan, playing as the opening film. It replaced Li Shaohong’s Liberation, which was withdrawn as the producers said “the post-production including digital and visual effects has not been completed”. The festival wraps on October 19 with closing film The Opera House, directed by Jacob Cheung.