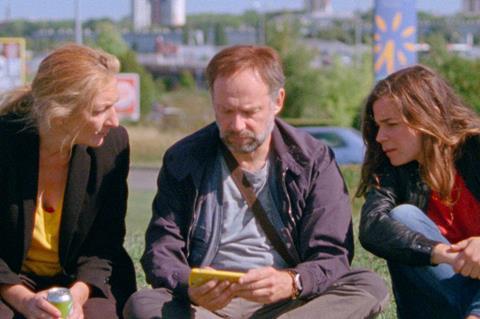 The special Silver Bear was introduced this year to celebrate the Berlinale’s 70th anniversary. It replaced the Alfred Bauer Prize which was scrapped after the late festival founder’s Nazi past came to light.

Delete History is the eighth joint feature from Delépine and Kervern after works such as Mammuth and Saint Amour, which premiered at the Berlinale in 2010 and 2016 respectively, and Le Grand Soir, which debuted in Cannes Un Certain Regard in 2012.

Screen’s Berlinale review described the film as the duo’s “most timely, commercially viable comedy” to date.

It was produced by the directors’ production house No Money Productions and Sylvie Pialat’s Les Films du Worso.

Wild Bunch was in Berlin this year with one of its biggest EFM slates ever. Other buzzy titles included Italian director Michele Placido’s upcoming drama Caravaggio’s Shadow, Patrick Imbert’s feature-length animation The Summit Of The Gods and Bérénice Bejo-starring drama Shake Your Cares Away, the second feature from Israeli director Tom Shoval.