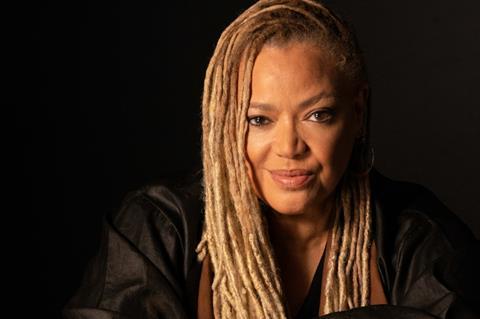 The story takes place in 1935 as Mussolini’s army invades Ethiopia expecting an easy victory. Aster, the wife of a commander in Haile Selassie’s overwhelmed army, and her household servant Hirut rally their fellow Ethiopian women and rise up against the invading Italian forces.

Charles Roven and Richard Suckle are producing, and. Stephanie Haymes-Roven and Curt Kanemoto will oversee the project for Atlas Entertainment and serve as executive producers.

“Kasi’s films are epic and intimate all at once,” said Atlas Entertainment’s Roven and Suckle. “It makes her the perfect filmmaker to bring to life Maaza’s complex characters and compelling world captured in The Shadow King. We are thrilled to be working with her on such a special project.”

“Maaza Mengiste’s mesmerising novel takes my breath away,” said Lemmons. “The imagery is so rich and powerful and the characters so vividly drawn, it naturally lends itself to adaptation. I’m very honoured to be a part of bringing this brilliant book to the screen and I’m thrilled to be working with everyone at Atlas.”

Lemmons’ feature directing credits include Talk To Me and Eve’s Bayou. She most recently served as executive producer on the Netflix limited series Self Made starring Octavia Spencer and directed two episodes.

Atlas (Christopher Nolan’s The Dark Knight franchise) produced Wonder Woman 1984, which is set for release by Warner Bros on August 14, and the pipeline includes The Suicide Squad through Warner Bros. on August 6, 2021; and Ruben Fleischer’s video game adaptation Uncharted, which will soon begin production with Tom Holland, Mark Wahlberg and Antonio Banderas.