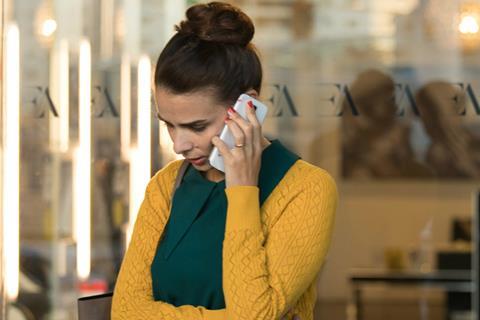 m-appeal handles international sales on the drama, which premiered at Jerusalem Film Festival and centres on Orna, an industrious, talented and ambitious woman who faces sexual harassment in the workplace.

Promoted by a boss who makes inappropriate advances, and married to a struggling restaurateur, Orna becomes the breadwinner for their three children and must find the strength to fight for her self-worth. Liron Ben Shlush Menashe Noy, and Oshri Cohen star.

Working Woman screens to press and industry on Friday (September 7) before the premiere on September 11. Zeitgeist plans a spring 2019 theatrical release.

“We were so impressed by the honesty of this work,” said Zeitgeist co-presidents Emily Russo and Nancy Gerstman. “Michal Aviad’s filmography is filled with movies about women and their struggles years before the recent headlines and we are so lucky to have a film like Working Woman to present to the world at this moment. We are thrilled and honored to be associated with it.”

Aviad added, “I wanted to closely examine the convoluted,often gray area of routine sexual harassment in the workplace. I hope that viewers, women and men, will come out of the film with a deeper understanding of how and why sexual harassment continues to be so persistent in today’s world.”

m-appeal CEO Maren Korymann said, “We are thrilled that Zeitgeist and Kino Lorber will jointly give Working Woman a long life in the cinemas, and achieve amazing visibility in the North American market. With the film, our mission goes beyond purely economical success, we want the film to be seen by everyone and have a lasting social impact.”

Head of sales Alexandra Abykova added, “We are proud to collaborate with Zeitgeist and Kino Lorber on Working Woman. We have always admired their excellent, curated lineups. Their decades of theatrical successes are a result of their great taste and expertise in releasing films.”

Zeitgeist/Kino Lorber’s upcoming releases include Matt Tyrnauer’s Studio 54 which will open on October 5 in New York, and Astra Taylor’s What Is Democracy?, which receives its North American premiere in Toronto.