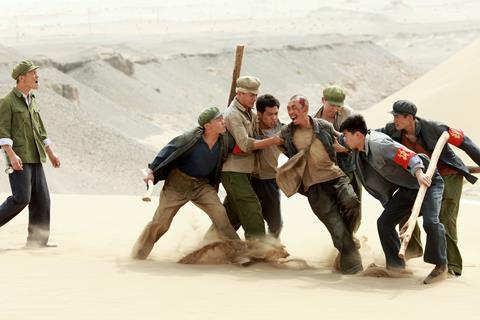 Neon has secured North American rights on Zhang Yimou’s Chinese period drama One Second, which was just announced as the closing night film of the 2021 Toronto Film Festival.

Neon picked up the film from sales agency Wild Bunch, which is handling international sales; One Second will have its North American premiere at Toronto.

The film was due to launch in Competition at the 2019 Berlin Film Festival, but was withdrawn four days before its scheduled premiere, with the official reason given as ‘technical reasons with post-production’. It was released in China in November 2020, where it grossed $10.6m on its opening weekend.

One Second finds a rural Chinese village come together to restore a destroyed film reel, with characters including an escaped prisoner, a young vagabond and a projectionist called Mr. Movie.

It was shot in and around the Chinese town of Dunhuang, which is known for its sand dune-covered landscape.