Plus: Gravitas Ventures acquires My Father’s Vietnam; and more… 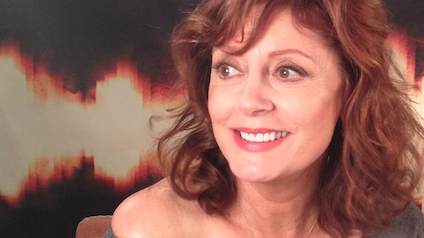 Susan Sarandon will receive the Cinema Icon Award at the National Association Of Theatre Owners (NATO) convention on April 14.

Sarandon will next be seen in The Meddler, which opens on April 22 via SPC, and her credits include Thelma And Louise, The Witches Of Eastwick, The Rocky Horror Picture Show, Lorenzo’s Oil, and Dead Man Walking, for which she won the lead actress Oscar in 1996. CinemaCon is set to run at Caesars Palace from April 11-14.