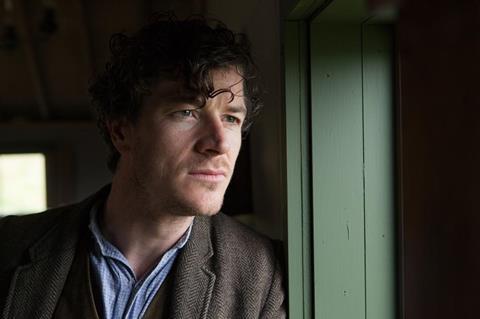 Evzen Kolar and Deborah Kolar of LA-based KPI Entertainment and Paul Donovan of Dublin’s Deadpan Pictures have targeted a late 2015/early 2016 start outside Dublin and in Liverpool on the sub-€4m UK-Ireland co-production.

Andrew Baird will direct Never Walk Alone from Christian O’Reilly’s screenplay that centres on three generations of men in an Irish community.

Ward (pictured in Jimmy’s Hall) will play Eamon, a man haunted by his childhood decision not to pursue trials with Liverpool FC who pressures his talented teenage son into taking a similar opportunity.

The producers are scouting a name actor to play the estranged grandfather, whose timely return to the fold sparks a plan. KPI and Deadpan are also reviewing potential sales agents.

Ward’s credits include Blood Cells and The Claim. The Kolars produced The Boys & Girl From County Clare, while Evzen Kolar’s work includes City Of Industry and Desert Heat.