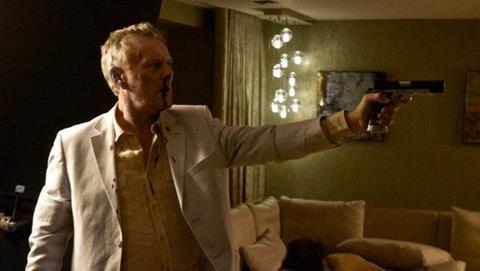 London and Vancouver-based director and producer Ryan Bonder is launching Alchemy Film Fund, which will look to invest in projects in the £1m-£10m budget-range.

Backed by “a small stable of private investors” who have previously backed Bonder’s own slate of films, the fund will look to invest in film and TV projects via EIS schemes.

According to Border, whose sophomore feature The Brother (2016) was backed by the same private investors and Telefilm Canada, Alchemy will offer debt, tax credit and equity finance.

Bonder said: “The focus will be on unique director-led projects we believe have strong cross-over appeal.”

The fund will also look to back event-cinema projects: “While independent films struggles to find space in the theatrical market, filmmakers must become more creative in how their films are marketed and viewed,” he said.

“You have to offer something different and unique to reach the biggest possible audience. Netflix and Amazon have sucked up large portions of the market and while some say there’s been a correction in the market, I would say correction or not, what has been left is a gap in the independent market and that gap is not a hole but rather an opportunity.”

Starring Anthony Head, Tygh Runyan, Belinda Stewart Wilson and Jed Rees, The Brother will be self-distributed in the UK later this year.

Border’s first feature Daydrift debuted at the Vancouver International Film Festival in 1999, since when he has directed commercials and worked as a script consultant.

His current slate, backed by Alchemy, includes development projects Black Flag, about a former soldier who goes to Syria to retrieve his son from ISIS, and Minus Zero, about a couple who experience a life changing tragedy and seek solace in an experimental drug which eradicates memory.