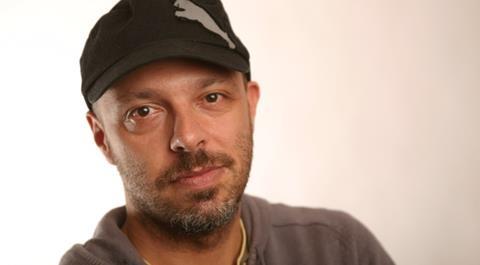 Brazilian film-maker José Padilha left his native country in 2013 after being the target of an armed break-in (or potential kidnapping attempt) at his Rio film production office.

The 48-year old director currently lives in Los Angeles, where he is busy between film and TV projects about social and politically-charged themes, a focus he has became known for.

His current slate takes in corruption scandals, prison gangs, drug cartels and terrorism. The grittier the better for Padilha.

“I’d rather face the reality than make movies about superheroes,’’ says the director, who won the Golden Bear at the 2008 Berlinale with Elite Squad, which explored the roots of police violence and corruption in Brazil.

According to Padilha, the attempted armed robbery or kidnapping he faced is perhaps a result of his own Elite Squad films.

After the release of the franchise’s second instalment, Elite Squad: The Enemy Within (2010), a collection of Brazilian police officers sued the director for the image the film portrayed of the police force.

“From what I gather from the cops I know in Rio, the threat could have come either from criminals or from bandits within the police force. As I won all the cases in court, forcing the police officers who sued me to pay all the legal costs, I thought [the potential robbery or kidnapping attempt] could be a reaction,” says the director.

Despite his physical distance from Brazil, the film-maker remains deeply concerned by events in his homeland.

Following his executive producer role on Netflix’s hit series Narcos, the director is reteaming with the online giant on Jet Wash, which is scheduled for release in March 2017.

Padilha will direct the six-episode series about Operacao Lava-Jato, an investigation that has been carried out since 2014 by the Federal Police of Brazil into the country’s state-run oil company, Petrobras.

The case is the largest investigation of corruption and money laudering in the country’s history. Still unfolding, the scandal makes news everyday.

“Being away helps me think better about Brazil and the Lava-Jato without letting the local ideological struggle affect me,” says Padilha, refering to the political crisis that lately has polarised Brazilian society, divided among supporters and opponents of Dilma Rousseff, the suspended president since May.

Padilha will reveal the gears of the investigation and the attempts to destabilise the Lava-Jato, a story that, according to him, “nobody has told yet”.

“While the Brazilian press spends more time reporting the reaction of the left and right wings, due to the involvement of various political parties in the investigation, I will focus on the operation itself. It is not a political instrument, although some people may interpret it wrongly as such.”

Padilha is currently researching Lava-Jato with screenwriter Elena Soares. He bought the rights of a book about the investigation that has been written by the journalist Vladimir Netto.

“Because of the surrealistic nature of the scandals, we will have to remind the public that it is not a work of fiction. Otherwise the international audience may think that our series mimics the American House Of Cards,” says Padilha.

At the same time, he is also executive producing the second season of Netflix’s Narcos, which will be aired in September. The next installment of the hit drama starring Brazilian actor Wagner Moura will continue the story of Colombian drug lord Pablo Escobar and show the Cali cartel growth, which ended up replacing the Medellin cartel, with the fall of Escobar.

“Contrary to what people think, cocaine use did not fall with the capture of Escobar. In fact, exports to the US grew, which proves that to fight trafficking from the supply perspective, killing the producer and the seller does not work. It is necessary to fight the demand and educating people about the effects of drugs. The ideal is not to reduce consumption by repression but by education,” says Padilha.

Also for TV, for Showtime he will direct a series of ten episodes about the American prison system. Called The Brand, the plot will focus on the the rise of prison gangs in the 1970s and 1980s when the war on drugs led to overcrowding in jails and the rise of violent factions such as the Aryan Brotherhood.

“I like to investigate the origins of problems, to explain where they come from. This helps me understand a little better what is wrong with the world,’’ says Padilha, who studied literature and international politics at Oxford University.

For cinema, his next project will deal with terrorism. He will direct Entebbe for Working Title and Studiocanal, with the UK production probably kicking off in December. The script comes from ‘71 writer Gregory Burke.

The film will dramatise the events of the 1976 hijack of an Air France airliner, which was brought to an end at Entebbe Airport, in Uganda, by a hostage-rescue mission carried out by Israeli commandos. Supported by the dictator Idi Amin Dada, the four hijackers (two Palestinians and two Germans) demanded the release of Palestinian militants who were prisoners in Israel.

“Because new documents were revealed recently, what I will do here is to deconstruct the official narrative,’’ says Padilha.

Although his idea is to continue living in the US (“I don’t want to live with bodyguards following me everywhere in Brazil”), Hollywood is not in his long-term plans.

Padilha is still coming to terms with the “stressful experience” of directing RoboCop (2014), his updated version of the hit cyborg crimefighter film originally directed by Paul Verhoeven in 1987.

“I didn’t have the creative freedom I needed. I spent 90% of the time fighting,” he says, adding that he turned down several offers of action and superhero films after his Hollywood directorial debut.

“It made me realise that making a studio movie is not the same as making a film. I will think a million times before getting involved in another production of that size again.”

However, the genearlly savvy Padilha admits that perhaps he should have known better.

“I got into this Hollywood business thinking that I could make the film I wanted, with my cinema criteria. My mistake.’’