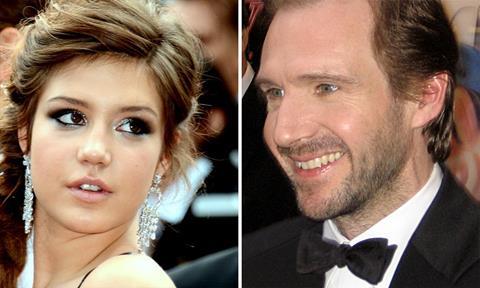 After an extensive search the production has settled on Russian dancer Ivenko to play iconic dancer Nureyev in the feature, which Fiennes will look to shoot on location in St Petersburg and Paris, including the iconic Mariinsky Theatre and the Palais Garnier, in summer 2017.

David Hare’s (The Hours) script, based on the biography Rudolf Nureyev: The Life by Julie Kavanagh, charts the iconic dancer’s famed defection from the Soviet Union to the West in 1961, despite KGB efforts to stop him.

The script’s finale is set at Le Bourget airport in Paris and traces the dramatic day of the defection.

The film is developed by BBC Films and produced by Philomena producer Gabrielle Tana, who recently produced documentary Dancer, about prodigal talent Polunin.

Fiennes said: “Ever since Julie Kavanagh gave me advance proofs of the early chapters of her biography of Nureyev, back in 1999, I have been inspired and moved by the story of his student years and his decision to defect to the West. This is a story of an uncompromising spirit, of homeland and ideologies that restrict, and of friendship.

“It is equally, a tale about the life and ballet culture he left behind in Russia. We have spent a very long time looking for our Rudolf Nureyev and are thrilled to have found the exceptional talents of dancer and actor Oleg Ivenko for this part.”

Tana commented: “I’m thrilled to be working with Ralph on our third project together. With his insightful vision, David Hare’s magnificent screenplay and our exceptionally talented cast – I am excited to bring these important chapters of Nureyev’s life to the screen. This has long been a passion project for me and I can’t be more delighted to be working with HanWay on this film.”

Gabrielle Stewart, HanWay MD, noted: “The whole team at HanWay has been seduced with the depth of preparation, passion and vision Ralph Fiennes is bringing to this project. He has taken the time to find his perfect Nureyev in Oleg, and with his strong production team behind him, is getting access to unique locations. The White Crow will be pure cinema.”

Fiennes is represented by Simon Beresford at Dalzell & Beresford and Bryan Lourd and Joel Lubin at CAA.