Star Wars: The Force Awakens director dropped hints about the character played by Daisy Ridley during a Tribeca talk with actor-comedian Chris Rock; both men revealed the actors they would most like to work with. 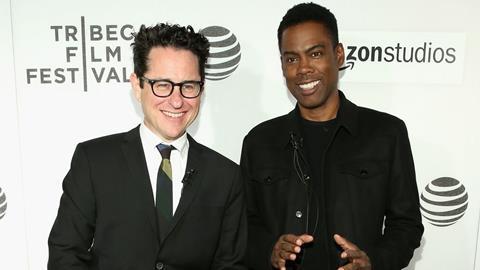 Director JJ Abrams dropped a hint as to the identity of Rey’s parents - one of the key questions to emerge from the latest Star Wars instalment The Force Awakens - during a Tribeca talk in New York.

Taking part in a Q&A with comedian Chris Rock at the Tribeca Film Festival, Abrams told the audience: “Rey’s parents are not in Episode VII. So I can’t possibly say in this moment who they are. But I will say it is something Rey thinks about too.”

The admission that her parents did not feature in The Force Awakens seemed to rule out a number of likely suspects including Luke Skywalker, Han Solo or Princess Leia.

However, while the comments seem to debunk all number of internet theories, fans will be happy to know that Abrams did in fact subsequently clarify his comments, according to Entertainment Weekly, telling the US brand: “What I meant was that she doesn’t discover them in Episode VII. Not that they may not already be in her world.”

During the talk, Abrams admitted that while Mark Hamill was initially reluctant to appear in The Force Awakens - as he was worried fans might think the ending was “a joke” - the director himself was moved to tears whilst shooting the final scene in Ireland.

“I looked at [Mark Hamill] and I realised that he was the same age as Alec Guinness was when he played Obi Wan,” Abrams recalled. “I looked at him as the mist was clearing and I literally started to tear up.”

The director also addressed critics’ comments that the latest instalment was too similar to the original Star Wars films. “We wanted to reclaim the specific story that was happening in the last one,” said Abrams.

“I know it is derided for this, but we very consciously tried to borrow familiar beats so the rest of the movie could hang on something that we knew felt like ‘Star Wars’.”

“This movie was a bridge and a little bit of a reminder. So it needed to sort of establish itself as something familiar, with a sense of where it’s going, into a new land.

“Figuring a way to incorporate the characters we know and loved and introducing new characters was a lot of plates to spin, but we did the best we could.”

Chris Rock joked: “The way you worked in the actors from the past, you did it so artfully. In the wrong hands it could have been the corniest shit ever done.”

The two loosely discussed the potential to work on TV together and which actors they would most like to work with, including Meryl Streep and Robert De Niro for Abrams and Denzel Washington for Rock.