2016 was a record year for inward investment but spend on domestic films was lowest level in three years. 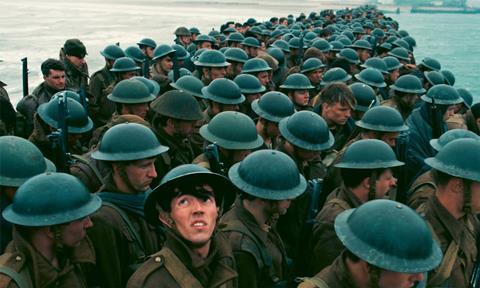 That figure was largely supercharged by a record level of US investment for films shooting in the UK.

In a boon for UK crews and facilities, inward investment for film production reached £1.35bn, an 18% increase on 2015.

However, the picture was slightly less rosy for indigenous filmmaking in the UK.

Data is still being collected so these numbers will rise, but the picture is a consistent one.

The 48 inward investment films accounted for 85% of all production spend in the UK last year.

The number of co-productions (23) was significantly down on four years ago when 58 co-production shot in the UK.

Meanwhile, inward investment for high-end TV reached its highest level ever at £478m. But the spend on domestic high end TV shows declined year-on-year. as did their total number. While data is still to be collected, those results are not expected to change.

Fuelled by a string of US blockbusters, 2016 saw strong total box office for the calendar year of £1.227 billion, the second highest number on record. Factoring in another weekend for Comscore’s industry standard calendar, the box office broke records.

However, UK admissions were 168m, down 2% year-on-year, and the market share for UK independent films was only 7%, its lowest level in three years and below the ten year average.

Absolutely Fabulous: The Movie (distributed by Fox Searchlight and Pathe) was the best-performing among UK indie films taking £16m.

Amanda Nevill, CEO of the BFI commented: “With film production reaching £1.6 billion for the first time, today’s statistics show that UK film is open for business and our position as a global leader for film and TV production is stronger than ever.

“Quintessentially British stories from leading British talent, such as Bridget Jones’s Baby, Fantastic Beasts And Where To Find Them and The Crown, are generating investment, creating jobs and winning audiences at home and across the globe. Nevertheless, as set out in our five year strategy BFI2022, there is much to be done to ensure British independent films are able to better capitalise on opportunities in this economically and creatively buoyant environment.”

Minister for Digital and Culture, Matt Hancock added: “If like me you love film, you’ll love this news of record breaking levels of UK production. These record-breaking production statistics demonstrate that the UK’s world-leading film sector continues to thrive and that Britain remains open for business. With inward investment levels for film and television at new highs, we will continue to build on this tremendous success, forging a global Britain that remains the centre for attracting and developing the world’s best creative talent.”