‘A House Made Of Splinters’: Thessaloniki Review

In pre-war Ukraine, an orphanage for temporary placements tries to deal with the psychological wounds of conflict 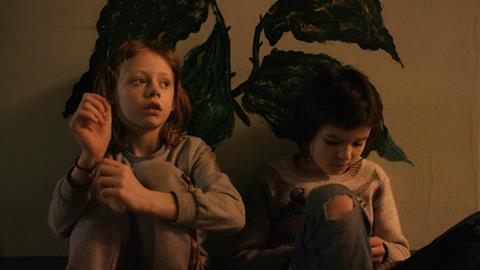 The precariousness of life for many children in eastern Ukraine is gently but heartbreakingly articulated in this intimate documentary from Danish director Simon Lereng Wilmont - a film which has only gathered emotional weight in the wake of the recent Russian invasion of the country. Wilmont, returning to the region where he shot his award-winning film about a boy and his grandmother, The Distant Barking Of Dogs, travels 13 miles away from what, at the time, was the frontline, to immerse us in the world of a children’s home where youngsters are suffering from the second-hand psychological fallout of conflict.

These are youngsters who haven’t yet learned to mask their emotions and Wilmont’s camerawork ensures that they fly direct from their faces to our hearts.

A House Made of Splinters’ strong connection to current events and the World Cinema Documentary prize for directing at Sundance for directing should help it catch the eye of distributors, while its emotional immediacy is likely to generate strong word of mouth from festival and arthouse audiences. At the time of writing, all the children in the film have been evacuated away from the frontline, while the assistant director Azad Safarov, production coordinator Lena Rozvadovska, and co-producer Darya Bassel are also safe but remain in Ukraine.

Until the recent invasion, Lysychansk Centre for The Social and Psychological Rehabilitation of Children was a place of respite for children passing through the care system, where they received help from social workers while waiting for the court to process their cases. Many come from fractured families who are struggling with addiction and while some will be returned to their parents at some point during the maximum nine-month period they can stay there, others will go to foster families or more long-term orphanages.

The trust Wilmont – who acted as his own cinematographer – builds with the children is nothing short of remarkable. Every minute we spend with them feels unguarded and natural, whether it’s the look of quiet resignation when a mother fails to pick up the phone or the almost magical joyous immediacy of a sparkler in the dark. Rather than picking out any sort of regular routine at the home, Wilmont instead takes us inside the rough and tumble of the everyday, offering some additional structure in voice-over moments from social workers, who give their thoughts and keep us clued in to how the system works.

Through the course of the film, a handful of youngsters will come to the fore, although Wilmont has an inclusive approach which means that we will come to recognise a lot more faces.

Eva is a repeat resident thanks to her mother’s alcoholism and is desperate to move in with her grandmother, her difficult situation depressingly accentuated by phone calls in which her mother, seemingly oblivious to her daughter’s feelings, talks about how “bad” she feels “when I’m alone”. Tearaway Kolya, meanwhile, hangs out with the bigger boys, his rebellious streak in sharp contrast to the responsibility he shows when he’s with his younger siblings. His mother is still an occasional visitor, a meeting with her a battle of emotions between the comfort she gives him and his awareness that she “reeks of beer”. Then there’s Sasha, who has been more or less abandoned by her parents. Nervous and watchful, we see as a friendship blossoms between her and new resident Alina, which lends the film its most touching arc.

These children may not have ‘lost’ their parents in the most absolute sense, but it’s evident they are grieving, with the shelter and the company of others in a similar position giving them an opportunity to work through their emotions. One of the adults suggests that “hope dies last”, but we see how hope can also be torture for some of these children, something that makes their resilience even more remarkable. Wilmont hunkers down with them, sometimes in dens or behind curtains as ghost stories morph into junior self-help groups of revelation.

Elegantly supported by the melancholic score from Umo Helmersson – who continues to add to an impressive CV that already includes Flee and The Painter And The Thief – Wilmont generally keeps the pace as light-footed as the children, although periodic lingering shots of the natural world beyond the walls of the centre offer the viewer time to think. These are youngsters who haven’t yet learned to mask their emotions and Wilmont’s camerawork ensures that they fly direct from their faces to our hearts.