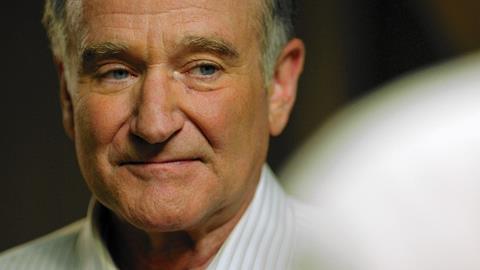 Nearly four decades after Robin Williams caught audiences’ attention as an alien from another planet in Mork & Mindy, he bows out with yet another character that’s not quite of this world. Effortlessly blending sweet amiability with man-child misfit peculiarity, the actor just about makes us believe in this mild Nashville loan manager belatedly reaching for self-actualisation as he enters his seventh decade on Earth.

Curiously reminiscent of the kind of late-stage coming-out drama that might have washed up at international gay film festivals at least two decades ago, Boulevard, like its protagonist, feels like a genial relic.

Transforming Dito Montiel’s fifth feature Boulevard into a vitally compelling film, however, is a task too far. The death of the actor in August 2014 may help this undercooked US indie achieve some modest traction with audiences as it arrives in UK cinemas nearly two years after its debut, although sentimental curiosity should kick in properly when the film transfers to home entertainment platforms.

Nolan Mack (Williams) is one of life’s gentle people. He has diligently worked in the same bank for 25 years. He happily cohabits with the woman, Joy (Kathy Baker), he long ago married. He regularly visits his aged father, smuggling an illicit carbonated drink into the old man’s care home. And he maintains a decades-long friendship with his university lecturer pal Winston (Bob Odenkirk), whom he meets every Tuesday in the same coffee shop. Sadly, he has yet to pluck up the courage to admit to himself that this not the life he wants, or in fact needs.

Everything begins to change one night after a visit to his father. Nolan drives past the favoured hangout spot for the city’s male street hustlers, and ends up giving a ride to a polite young man called Leo (Roberto Aguire), paying him his regular fee while declining his sexual services.

Nolan finds himself gripped by an asymmetric obsession, furnishing Leo with a pre-paid cellphone containing his own number, taking him for dinner at a swanky restaurant, and imagining an intimate friendship after he helps him fend off a lowlife associate (Giles Matthey) to whom Leo is rather extravagantly indebted.

Curiously reminiscent of the kind of late-stage coming-out drama that might have washed up at international gay film festivals at least two decades ago, Boulevard, like its protagonist, feels like a genial relic. Douglas Soesbe’s slow-burn screenplay does eventually offer up a couple of memorable scenes, both involving some necessary truth-telling. Joy’s recitation of the couple’s separate spheres – beds, rooms, lives – is a deserved reproach, and Baker gives the film some much needed zing as the woman who is now confronting the pain of long having settled for a lie.

Joy’s choices – including her avowed preference for the status quo – are ones that we finally come to understand. And Leo, too, makes sense within the confines of his rather generically conceived character. As for Nolan, whose decades of repressed longing remain in check even as his new friend is disrobing right in front of him, his actions feel just too tentative to sustain dramatic interest, even though our sympathies for this admirably moral and heartbreakingly morose man are never in doubt.

Director Montiel serves his material with quiet proficiency, without ever exhibiting the affinity that powered his acclaimed 2006 debut A Guide to Recognizing Your Saints. That swaggering indie, based on his own memoir, coursed with the vital fluid of lived reality – an ingredient that’s in rather short supply on this occasion.