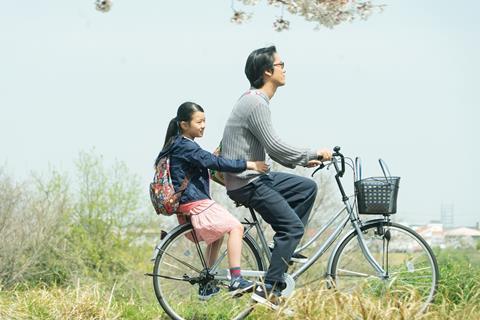 Gentle, empathetic and deliberately non-confrontational, Close Knit is definitely on the mild-mannered end of the spectrum when it comes to movies dealing with transgender issues. But the fact that it comes from Japan, a culture which has traditionally shied away from LGBT subject matter in the past, means that the cuddly approach – the only sexual organs on show here are hand-knitted boobs and ‘pee pees’ – makes sense for the intended market.

In a rather reductive reading, femininity is equated with domesticity.

Having lived in the US and then returned to Japan, director Naoko Ogigami was struck by the invisibility of the trans community in her home country. The fact that stories like this are so rarely explored in Japan should generate interest domestically, particularly within the LGBT community. Further festival berths could be likely, following the film’s debut Berlin’s Panorama section. But theatrical bookings might prove more challenging in territories which, unlike Japan, are accustomed to a more hard hitting approach to transgender subject matter, despite its cosy, sweet-natured embrace.

Eleven-year-old Tomo (Rinka Kakihara) lives in among piles of drying washing and unwashed dishes. Her staple diet is convenience store Onigiri rice balls (a shot of a bin filled to the brim with the triangular cellophane wrappers gives an idea of just how many meals have been spent alone). Her mother, largely absent, lurches in at night and, somewhat the worse for wear, falls asleep in her clothes. The following morning, she blinks blearily through her hangover to see her daughter heading off for school.

Then one day Tomo’s mother simply doesn’t come home. This is not the first time this has happened and Tomo knows the drill. She glumly trots off to the bookstore where her Uncle Makio (Kenta Kiritani) works and is invited to stay. On the way, Makio cautions that he is now living with someone. Someone unusual. Rinko (Toma Ikuta) is a transgender woman. Tomo’s initial reserve is soon won over by Rinko’s warm and nurturing nature. Rinko keeps a spotless home, and creates cute bento boxes full of rice pandas and sausages sculpted into various sea creatures. In a rather reductive reading, femininity is equated with domesticity.

The casting of heartthrob actor Ikuta as demure, softly-spoken Rinko is slightly challenging as he doesn’t always seem at ease in the role. It would perhaps have been interesting to see what a transgender actress could have brought to the film.

The three soon settle into de facto family unit which, inevitably, faces some external challenges. Tomo’s mocking fellow students, the judgemental mother of one of her close friends and the welfare department all encroach on their peace. But Rinko teaches Tomo, and ultimately Makio, to channel anger and frustration into knitting. She involves them in her project – creating 109 symbolic woolly phalluses which she can ritually sacrifice and finally let go of her former male identity.

The technical package is competent, if a little on the nose it its interpretation of the material. A pensive piano score matches the soulful sentiment of the story; meanwhile the dusty, murky cinematography which captures the unloved home that Tomo shares with her mother gives way to an inviting pastel-tinged glow once she shacks up with Rinko and Makio.