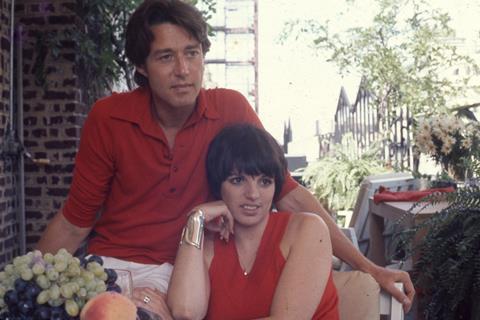 Halston is tailor-made for fashionistas. Frédéric Tcheng’s breezy, docudrama offers a serious assessment of the fashion designer’s achievements, accessorised with enough gossip, conflict and celebrity to attract a wider audience. It should snugly fit the market defined by the likes of McQueen, The September Issue and Tcheng’s Dior and I.

Roy Halston Frowick became the designer of choice for the A-list in the 1970s, draping the shoulders of Elizabeth Taylor, Sophia Loren and his close friend Liza Minnelli. His rise and fall is a compelling story, traced here via ample archive footage and fresh interviews with those who were closest to him from his models (“the Halstonettes”) and secretaries to his niece Lesley, business partners and a touchingly devoted Minnelli.

The story itself is so good that it makes a strained framing device seem especially redundant. Tcheng strives for a shadowy film noir/conspiracy thriller vibe in scenes that have fashion writer Tavi Gevinson play detective as a secretary seeking to uncover dark secrets concealed within the Halston archives of corporate records and video tapes. That conceit adds little to the party but mercifully fades from prominence as the film unfolds.

More impressive is the swirl of heady period atmosphere found in footage that captures Halston’s rags to riches story. We gain a sense of Halston as his own special creation: a country boy from Des Moines, Idaho who headed to the big city armed with immense drive, ambition and a gift for sewing. He was as handsome as a young Robert Evans and shaped himself into someone as dapper and gentlemanly as Cary Grant. He advanced from star milliner to pioneering designer and someone who presided over an empire from the most luxurious offices in New York.

The film illustrates what made him so special in the light touch of his cutting and his belief that less was more. “ Fabric to Halston was like clay to a sculptor”, recalls model Chris Royer. It also conveys his role as a global champion of American design from a triumphant show at Versailles to a groundbreaking trip to China.

Tcheng creates a fully-rounded portrait of Halston from the homophobia he faced to the lavish lifestyle that he embraced as his growing fame made him part of the in-crowd at Studio 54 alongside Andy, Mick and Bianca.The film puts on record a great deal of affection for a man who could be the most demanding of taskmasters. Director Joel Schumacher first met Halston at Fire Island and remembers him as “a fabulous human being”.

Inevitably, the bubble had to burst and again Tcheng brings clarity to the way Halston had come to see himself as invincible. Creating a brand name that endorsed everything from luggage to perfume, he then made the mistake of trying to go from “class to mass” with a lucrative deal that put him in bed with ruthless retailer J.C.Penney.The age old clash between creativity and commerce is perfectly illustrated in Halston’s discovery that he sold not only his name but his soul to enter the mass market.

A victim of corporate America, the drugs and hedonism of the era and his own hubris, Halston died of an AIDS-related illness in 1990. It would be easy to paint him as a tragic figure but Tcheng’s film is more of a celebration than a lamentation, saluting a superstar designer whose life was a triumph of style and substance.