'I Am Not Madame Bovary': Toronto Review 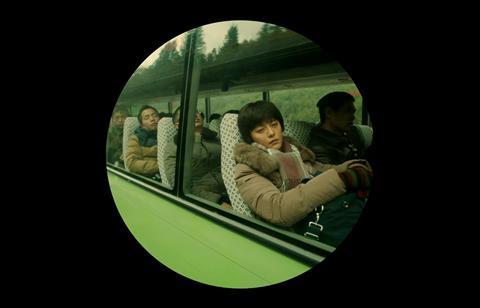 A woman’s campaign to restore her honour after a fake divorce and charges of sexual misdeeds fuels Feng Xiaogang’s relentless satire of Chinese corruption and hypocrisy. With Fan Bingbing as the intrepid plaintiff, I Am Not Madame Bovary is also a j’accuse on the plight of women who dare question authority in that country.

Fan Bingbing is a tempest on a mission here, humorless as she threatens to shame any official in her way

Despite its sourness on Chinese politics – sexual or otherwise - I Am Not Madame Bovary has a sublime visual elegance, telling its story much of the time with wondrous pictorial effects in a round frame that feels like a magnifying glass.

This moral tale with no promise of a happy ending should ride on Fang’s stardom to reach Chinese audiences globally. The comedy of Chinese bureaucracy may seem arcane at first to a non-Chinese public, yet the story of a woman wronged – which promises a marketing campaign with a glamorous actress in fashion glossies and social media — will help pave the way. Cinephiles from the other end of the spectrum will also be drawn to the refinement of Feng Xiaogang’s aesthetic experiment, which needs to be seen on a big screen.

Li Xuelian (Fan Bingbing), a village woman, is accused of being an adulteress. She also petitions a local court to void her divorce from her husband, which she claims was a fake, contrived in order to get a second residence. As the court rejects her claim, her remarried ex-husband, Qin Yule (Lin Zhongan), repeats the charge of adultery, and Li Xuelian aims up the judicial ladder toward Beijing.

The film is part Scarlet Letter, part Keystone Cops, part miniature landscape painting – all with plot twists worthy of Thomas Hardy. Desperate for allies, Li enlists a cook, Zhao Datou (Guo Tao), who confesses that he’s lusted after her for years. First she asks him to kill all the officials who won’t overturn her divorce. When she shifts to suing at the highest level, just as a National Party Congress is about to meet, officials panic.

Chinese audiences are likely to recognise their government here as layers of careerists and opportunists in dark suits. Other will see the story scripted by Liu as a fable about an ordinary person who pays for overstepping her position.

Fan first appears in a village woman’s wide hat, setting up the daring and improbable attempt to sway a court by first admitting to a fraud. Her performance shifts from deadpan to angry to angrier – the Everywoman that few Chinese women (or Chinese citizens) dare to be, dressed drably as if to refute any talk of an adulterous past.

Her campaign against officialdom – to right a wrong by exhuming embarrassing details – calls to mind Gong Li in Zhang Yimou’s The Story of Qiu Ju (1992), in which a peasant woman in work clothes seeks out officials to restore her husband’s honor after he’s been kicked in his private parts.

In that comedy of wounded pride, a country woman took on indifferent local functionaries. In I Am Not Madame Bovary, Fan’s aggrieved character (along with Feng Xiaogang and Liu Zhenyun) takes on anyone, shooting as far as her anger can reach.

Fan as Li is a tempest on a mission here, humorless as she threatens to shame any official in her way. Guo Tao, as her accomplice Datou, plays to his comic strengths. The laughs are anything but politically correct, complete with Datou’s violent consummation of his love for her, a rape which she then says she enjoyed. Women’s empowerment is a rocky road that gets rockier. Da Peng and Zhang Jiayi, as a judge and a mayor, flail about to please party bosses.

The film’s look is as striking as Fan’s performance. The circular frame puts action and its setting in sharp focus, like a miniature Chinese painting (suggesting that corruption is as rooted in the culture as art). The equivalent would be 15th century European painting, in which the surroundings of trees or buildings form a smaller enclosure of exquisite details for the drama (or farce) within. Besides having the splendor of stage designs, these stunning and serene tableaux provide essential breathing room in a lurching pursuit of the powerful by Li that can be exhausting.

At times, English subtitles were difficult to read against these backgrounds, a problem, given Liu’s script, where plot twists change direction in a matter of seconds, and a Chinese audience laughs long before a foreign viewer gets the joke. Feng Xiaogang may have sacrificed part of his rectangular frame, but he’s expanded the political vocabulary of mainstream Chinese films.